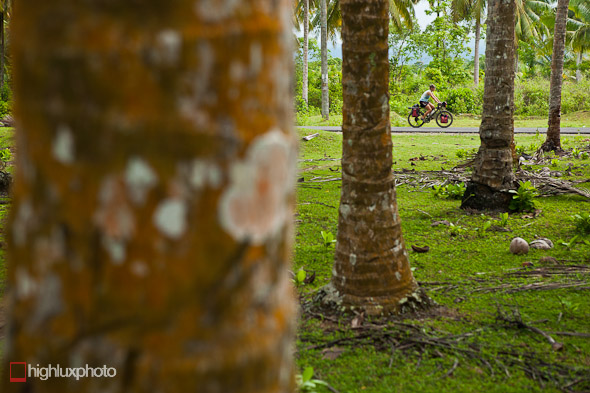 Past Krui the road continued to be narrow, smooth and virtually devoid of traffic. It was also dead flat; a rare thing in Sumatra! 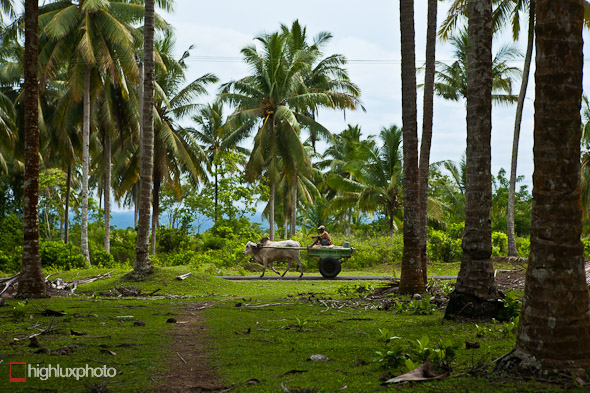 That which did pass was pretty slow moving… 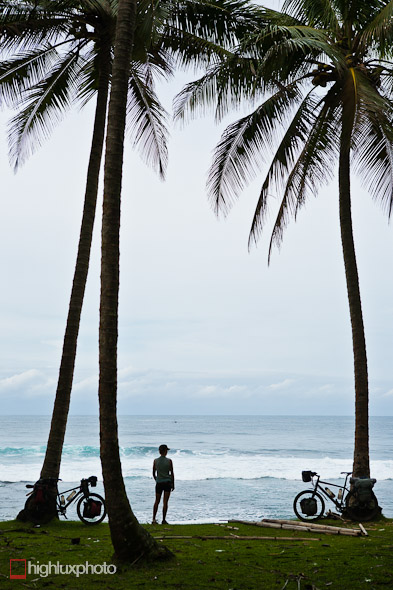 This would have been an A1 camping spot, had we had a tent. 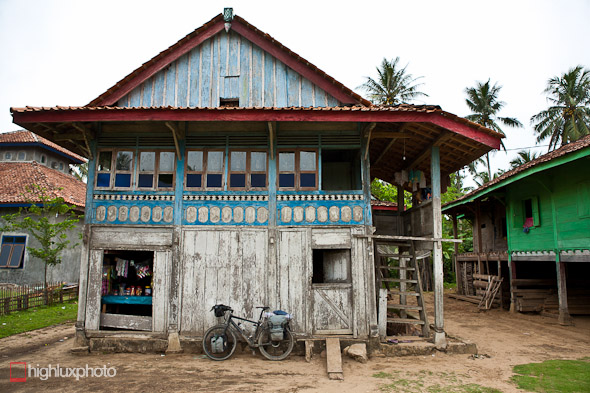 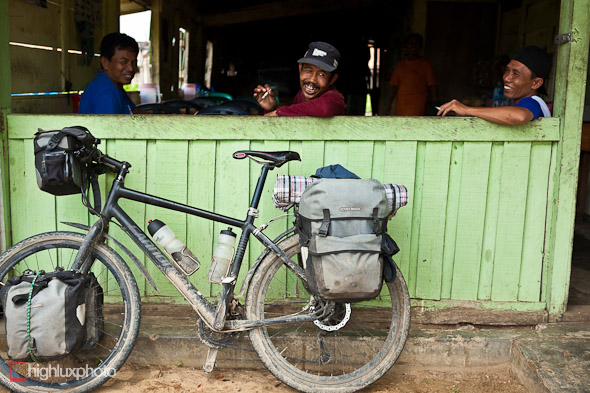 Lunch stop. A meal in this sort of place would be about NZ$2 each. 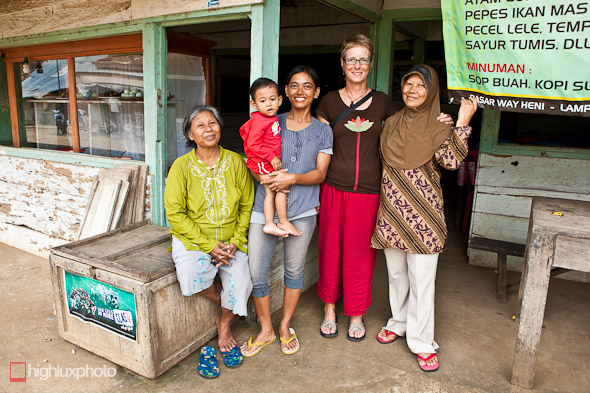 A day out of Krui we once again we found ourselves in a guesthouse-less village and were lucky to have the locals invite us in and take care of us. On this occasion some money was expected, but we were very grateful for our bed in a tiny room; the ceiling of which seemed to consist entirely of cobwebs! 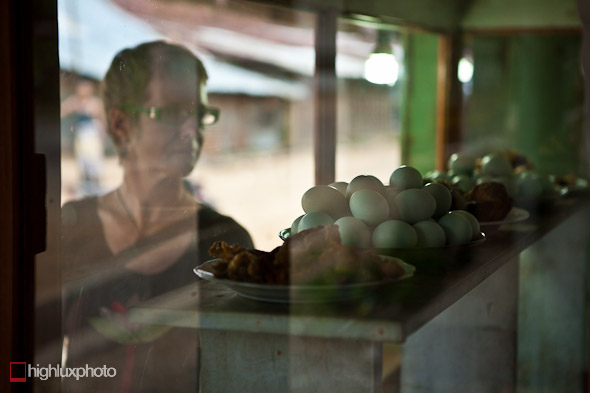 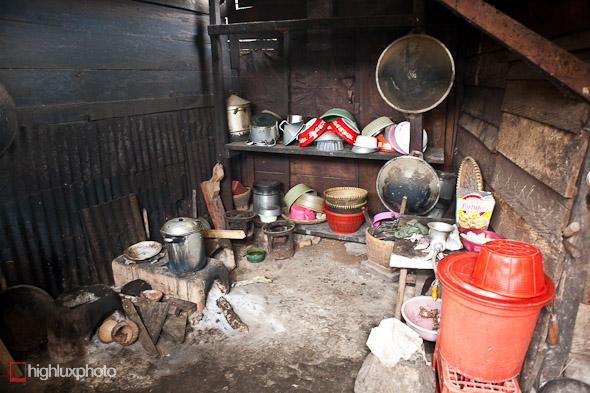 Cooked in a very rustic kitchen! 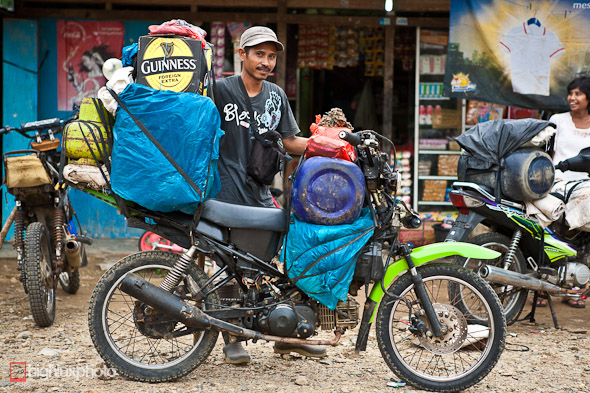 Sumatra’s largely a dry country, being Muslim, but where you could find beer it was often Guinness – oddly enough… 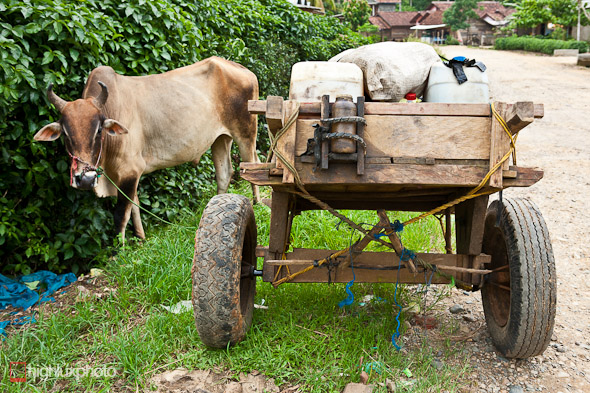 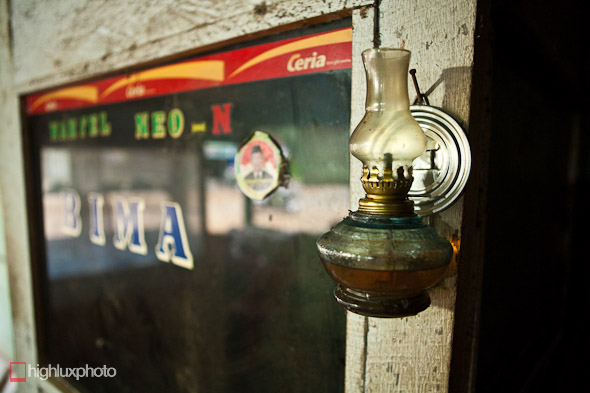 The town was without grid electricity, so these quaint oil lamps are relied on after dark. 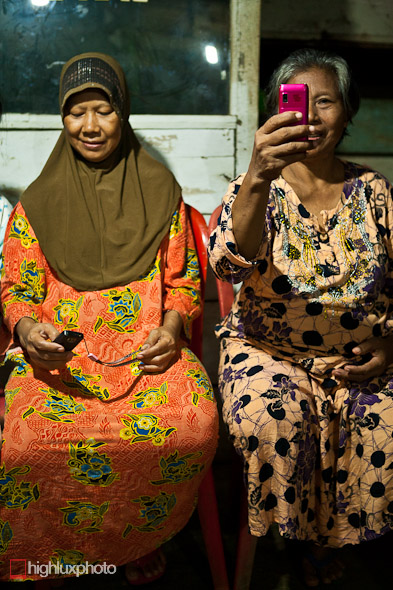 But they do have pretty good mobile coverage. 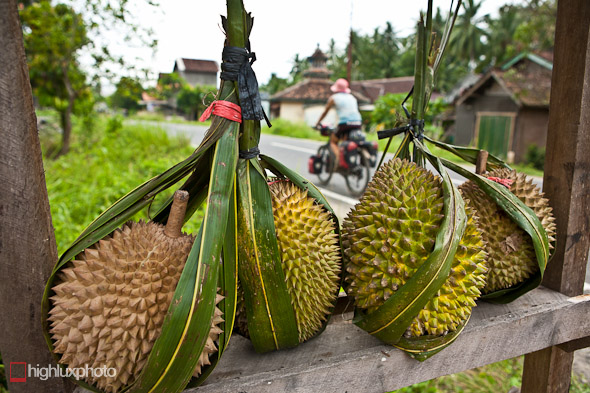 After Bengkunet we headed east and crossed a 600m range (which was part of a national park) before dropping into a much more heavily populated area. Traffic picked up and the roadsides became consistently built up with homes and businesses. The fruit by the way are durians. 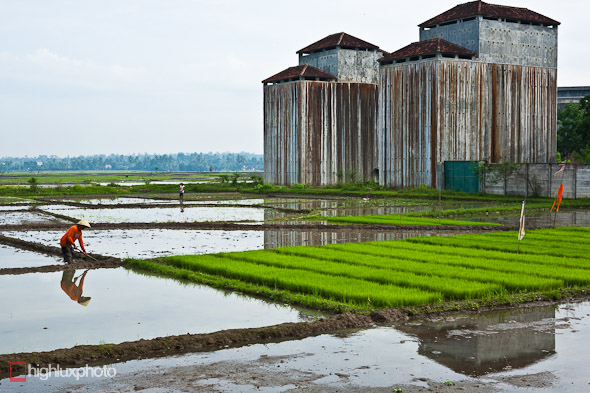 These unusual and slightly sinister looking buildings have been a regular sight on the plains in wealthier regions ever since southern Thailand. They’re ‘birds nest factories,’ where cave swifts are encouraged to build nests, which are then collected for Chinese medicine and birds’ nest soup. The buildings have loudspeakers playing bird calls 24/7 to attract fresh nest builders. 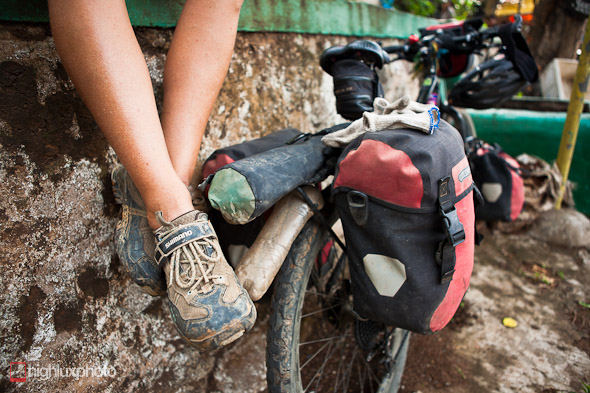 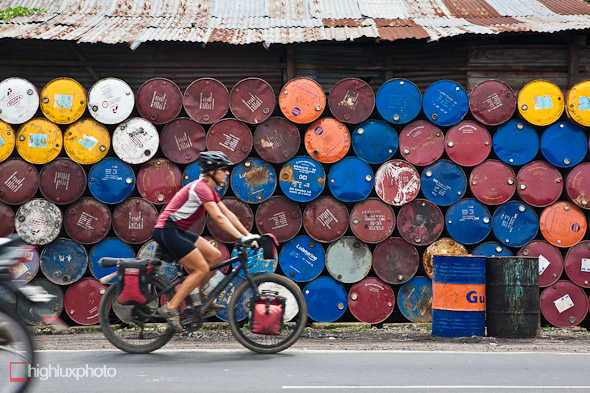 Another 600m climb followed the previous one over the range as we climbed around the side of yet another volcano and then descended into ever-bigger towns as we closed in on our final destination – Kalianda. 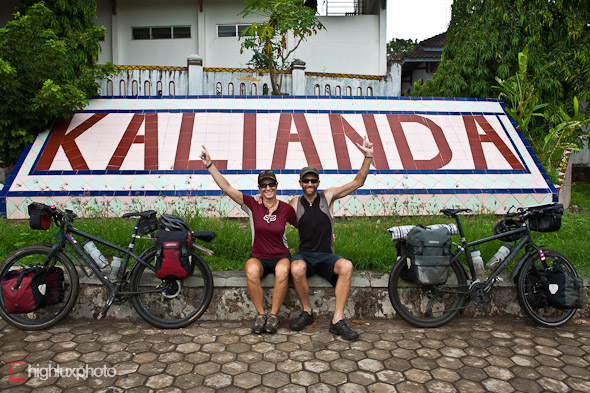 Of course Kalianda couldn’t have us arriving too easily and it was through an intense downpour that we rode the final 10 kilometres into town, arriving soaking wet, very stoked and with 13,000km in seven countries behind us. It was all slightly anti-climatic though and I don’t think either of us could grasp the fact that we wouldn’t be hopping on our bikes again the next day, or the next, or the next… 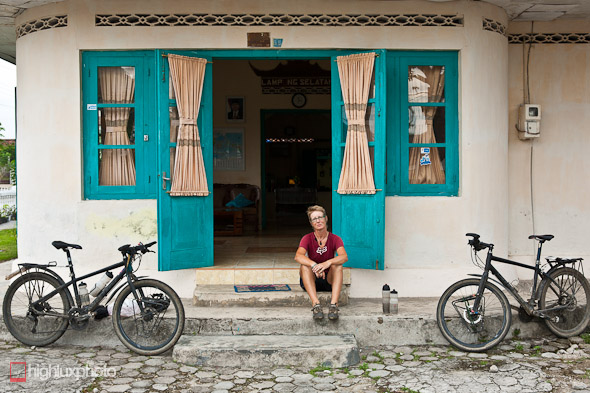 There was a great little retro guesthouse in town though and we were psyched to be meeting with our friend Ben, an expat Kiwi living in Jakarta, for a trip out to Krakatau in a couple of days time. 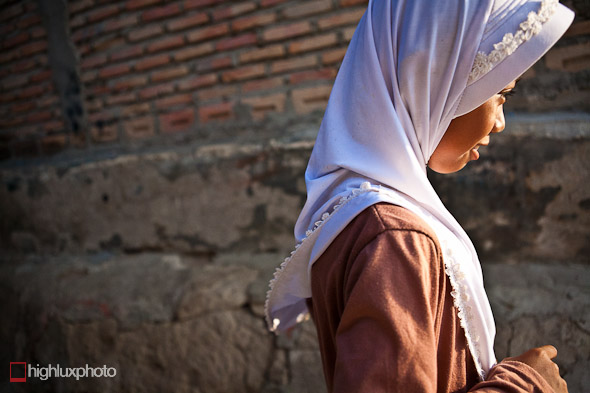 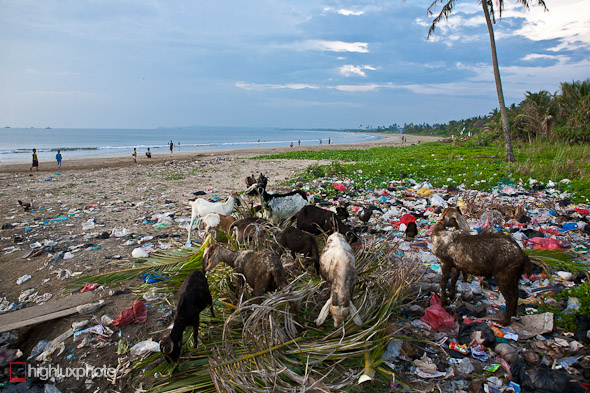 The beach might have been a decent spot to hang out, if it weren’t for the rubbish strewn all over the sand. The goats seemed pretty happy about it though. 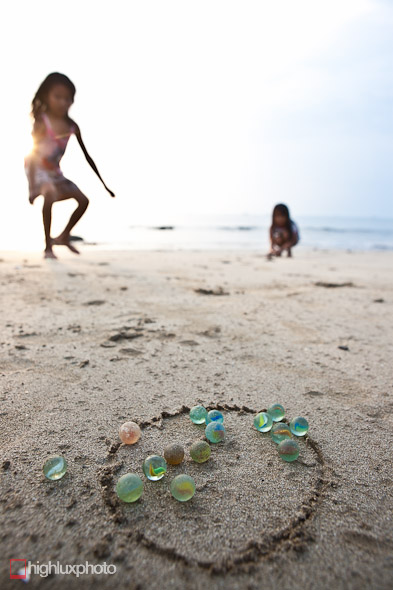 Still a good spot for playing marbles too. 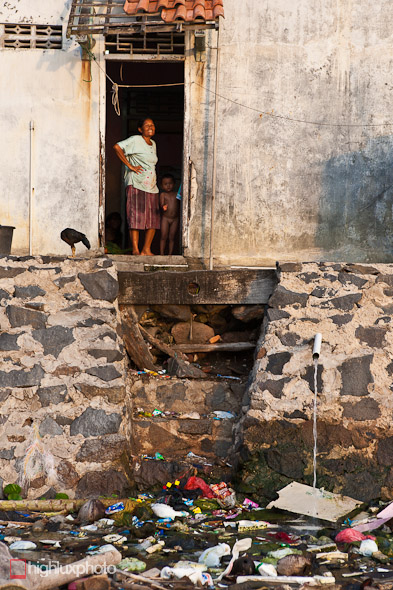 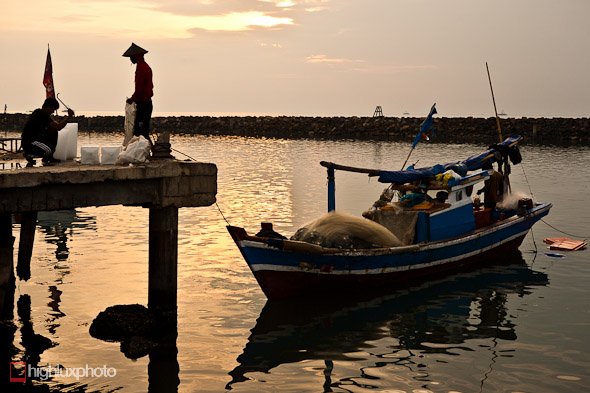 Loading a fishing boat with ice in preparation for a trip. Next stop: Krakatau.