A few shots from three days in and around Luang Prabang, Laos. 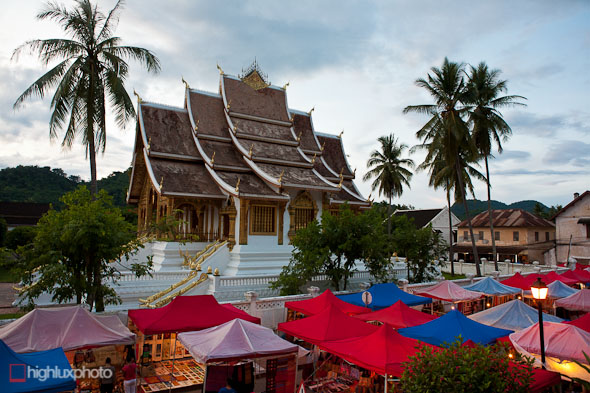 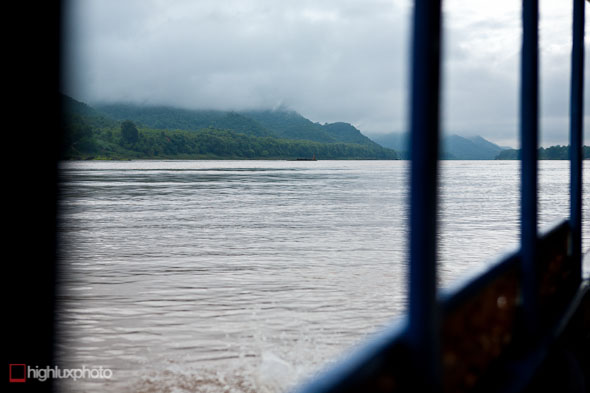 We took a trip up the Mekong for 1.5 hours to the Pak Ou cave, an ancient site of worship, only accessible by boat. 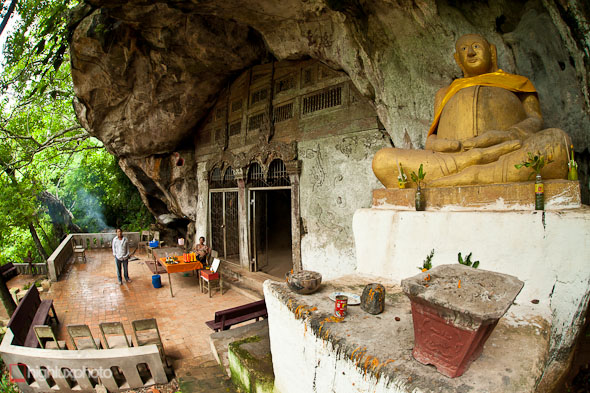 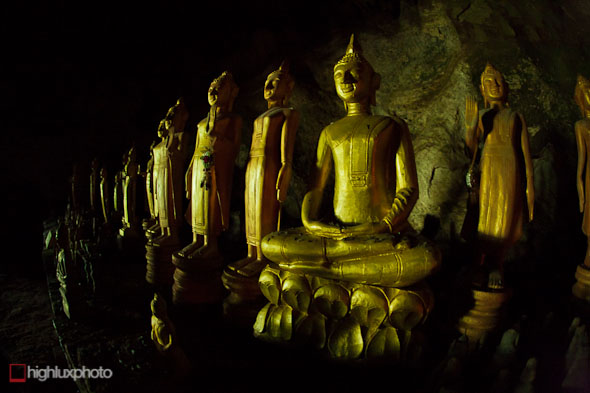 The two caves at Pak Ou are famous for the thousands of buddha figurines placed inside. 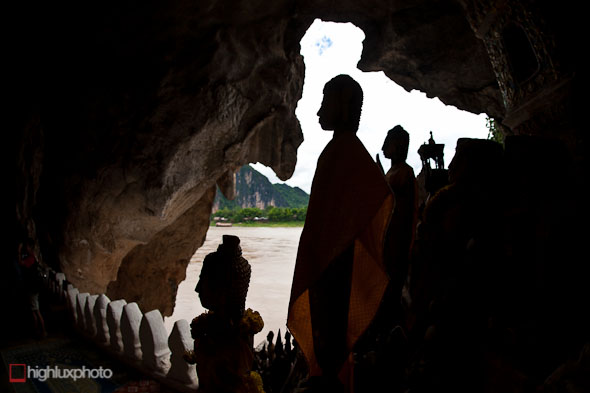 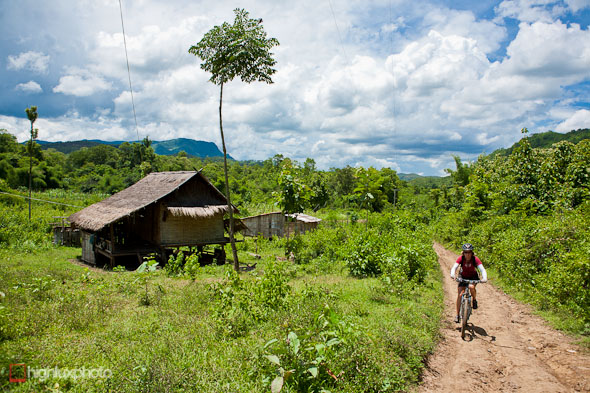 Wanting to get off the tourist trail a little more we took a guided day trip mountain bike ride to visit some minority villages across the Mekong from Luang Prabang. Jewell Travel Laos (who I would do some photography for later) provided a great English speaking guide who was able to give us a customised and highly insightful few hours biking into the hills and checking out villages. They got further back in time the further we went. 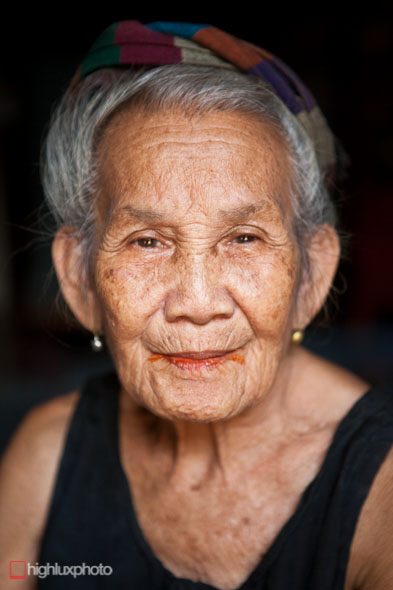 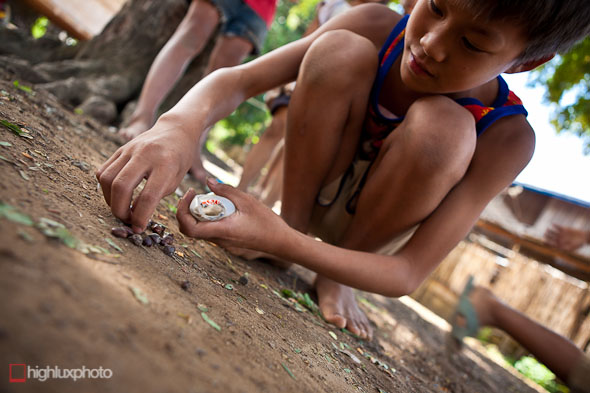 Boy collecting tamarind seeds – the ‘prize’ for winning a game that involved hurling a jandal at a bottle of seeds on the ground. 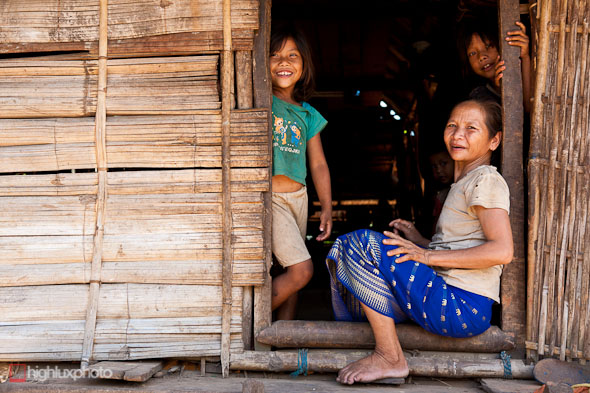 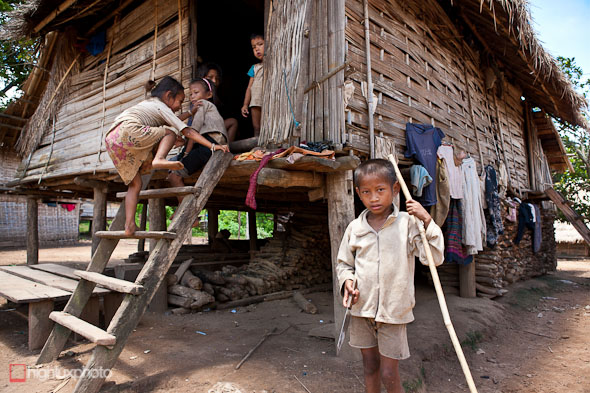 Kids in Khmu village (about 1.5 hours ride from Luang Prabang). 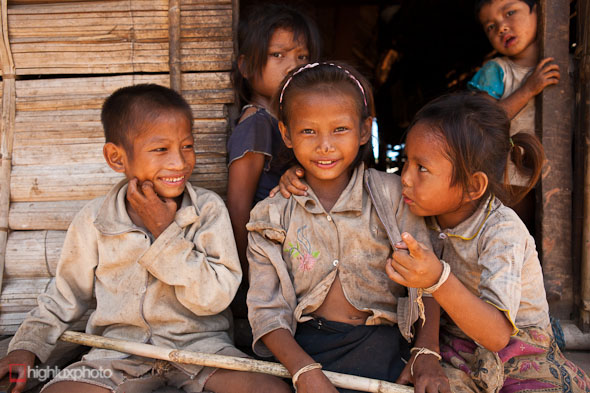 We were something of a novely in this village (especially once the big camera came out) and the kids became totally hyper – especially the 10 year old boy with the knife and staff! 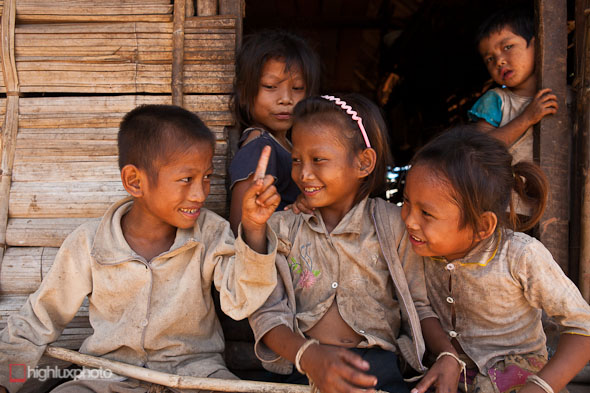 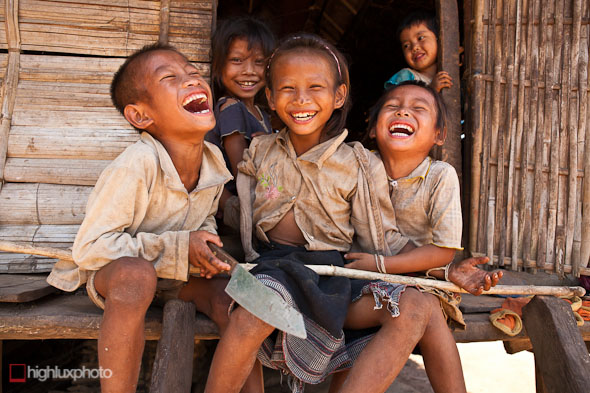 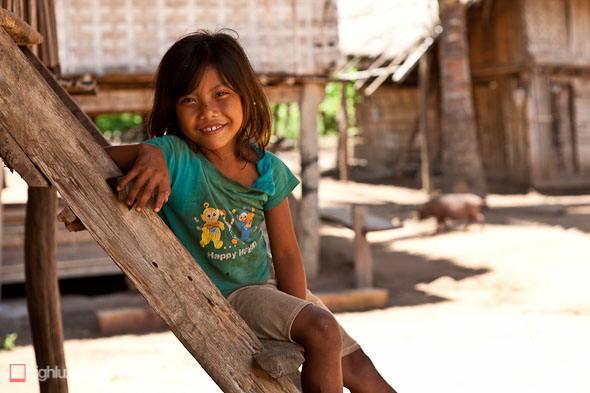 And sometimes a bit more relaxed… 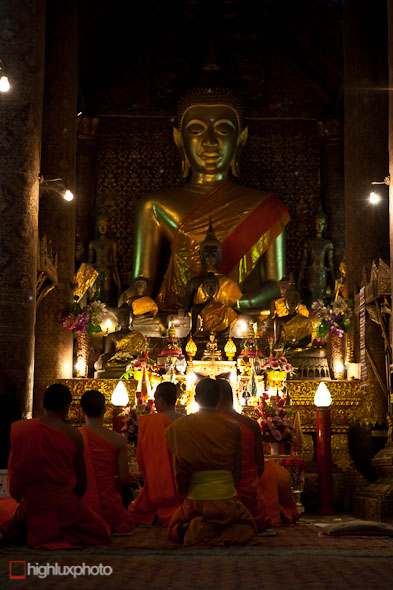 Monks pray in one of Luang Prabang’s many wats. A day alone can be spent wandering around the wats in the peninsula area of Luang Prabang. Photography is not a problem if kept discrete and the monks like to take the time to chat. 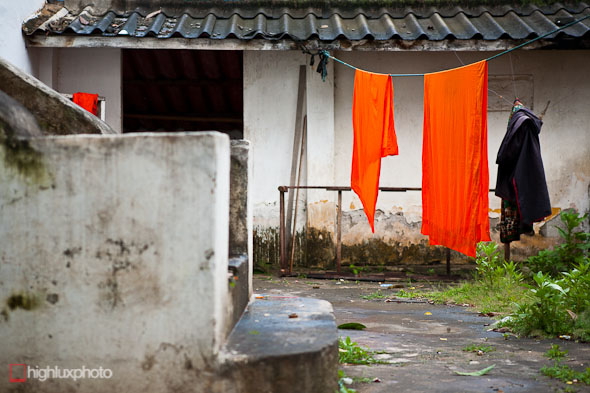 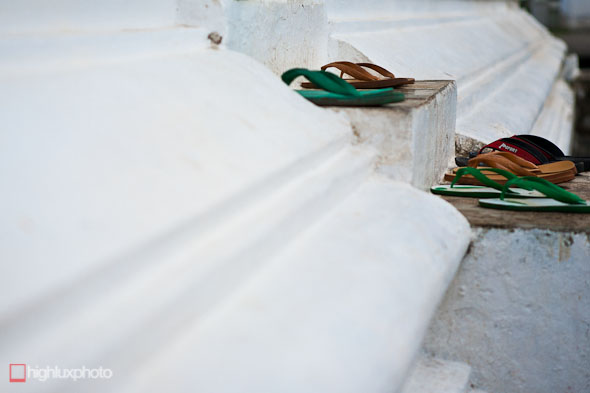 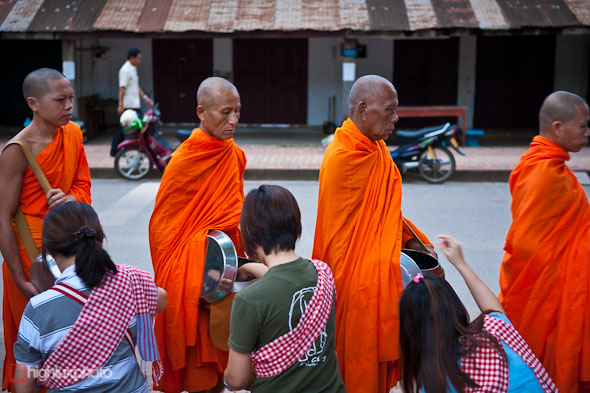 Each morning between 5.30-6am Luang Prabang’s hundreds of monks practice Takuhatsu (alms) to collect donations of food or money from the town’s citizens. 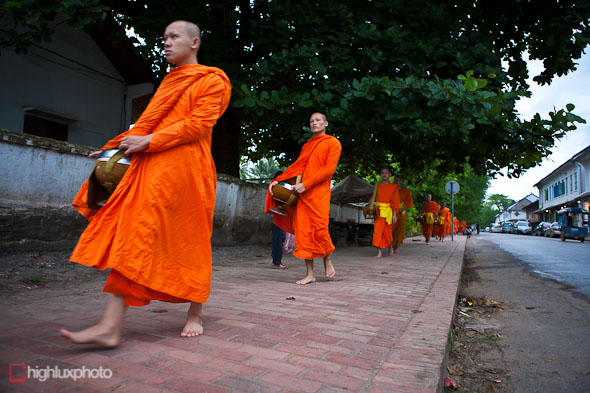 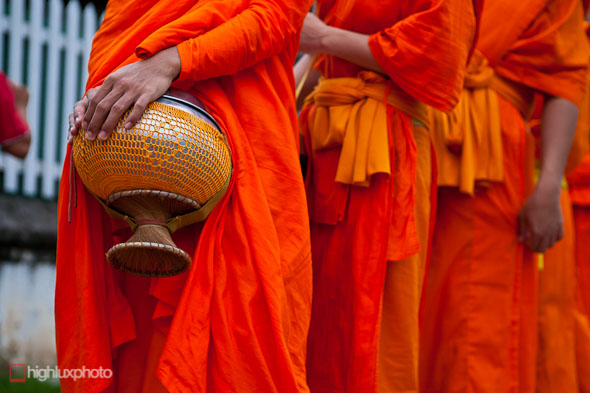 Nope, not a drum, but a extra capacious food bowl! 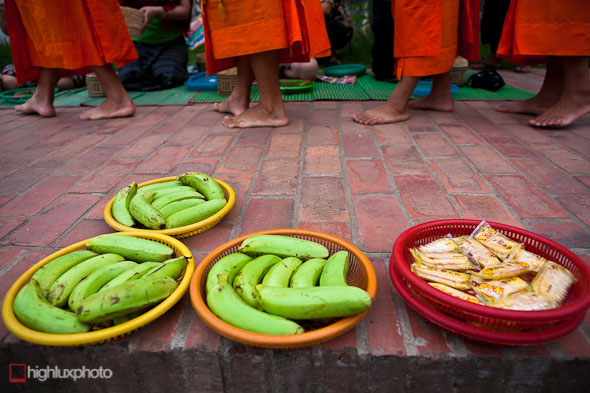 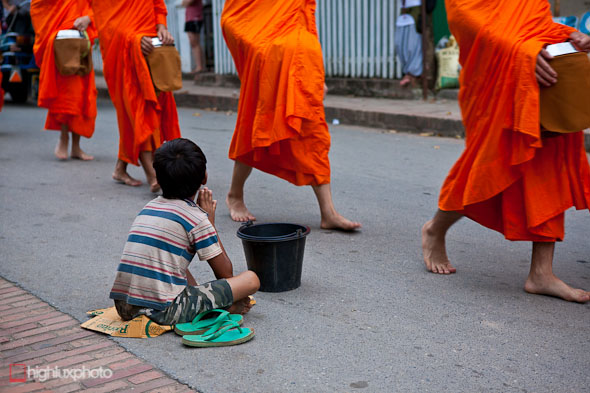 Bizarre food chain: once the monks passed those donating food, there was a small row of kids begging for food from the monks! 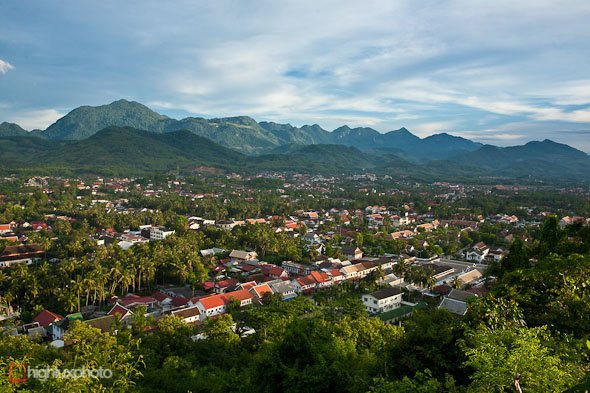 Cradled by mountains, Luang Prabang was not long ago only reliably accessed by boat on the Mekong River. It’s over these ranges that the next leg of the trip will take us down to Vang Vieng, about three days ride away.