Leg two of our current cycle touring trip: Dieppe to Paris, then a couple days checking out the sights in Paris before flying onto Chengdu, China. Here’s a few shots from life on the road and in and around Paris. 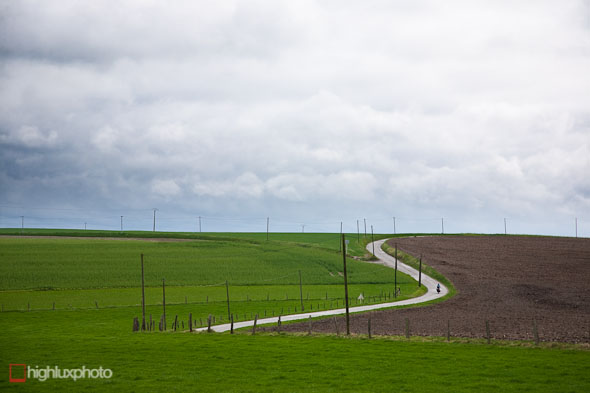 After crossing the channel to Dieppe, we spent 4 days riding 227 km to Paris. We stuck mostly to back roads – often single lane – as we did in the UK and despite it not being a very direct way to travel we were rewarded with dozens of quiet and remote Normany villages and roads virtually devoid of cars. 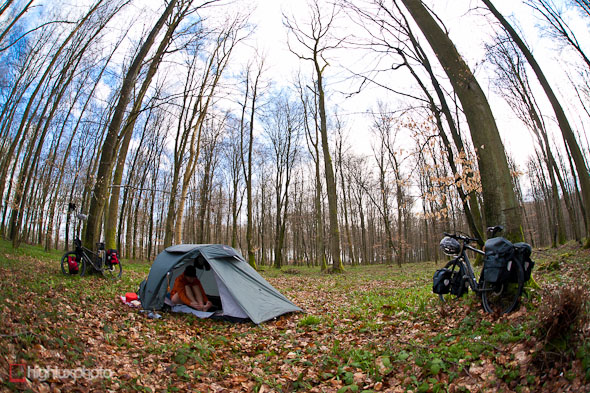 By night we camped in private and public woods. With nobody around in this quiet part of France it was easy to pitch the tent late in the day and not see a person until we were back on the road the next morning. 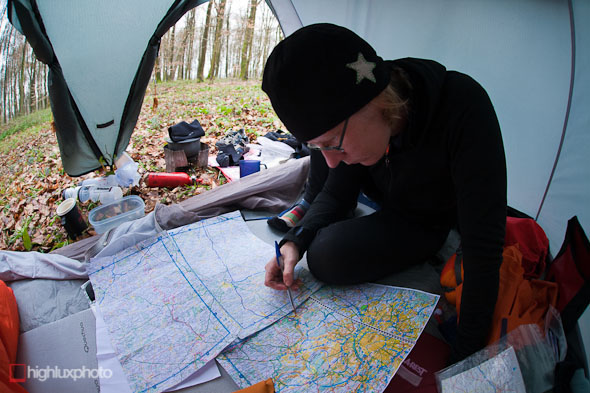 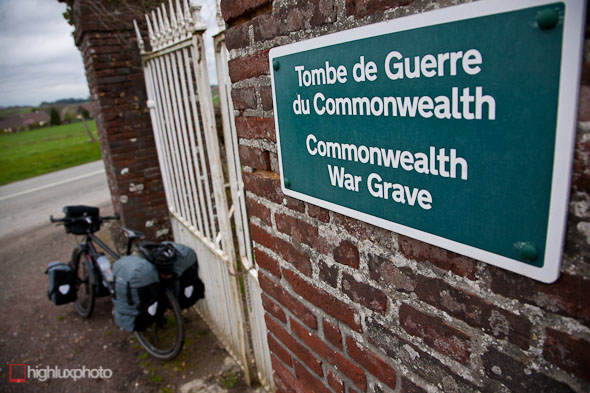 Always reminders of a Europe’s turbulent history. These may have been graves for allied servicemen killed in the advance after D-Day. 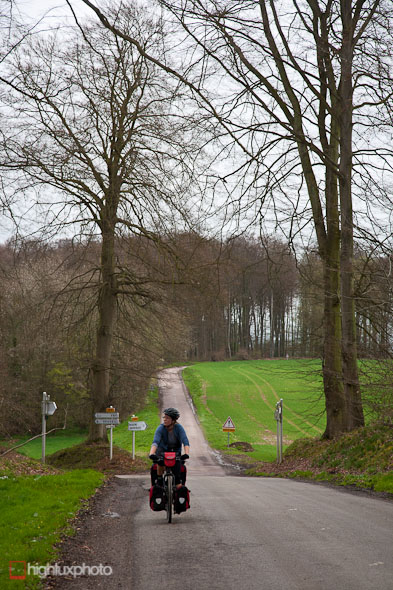 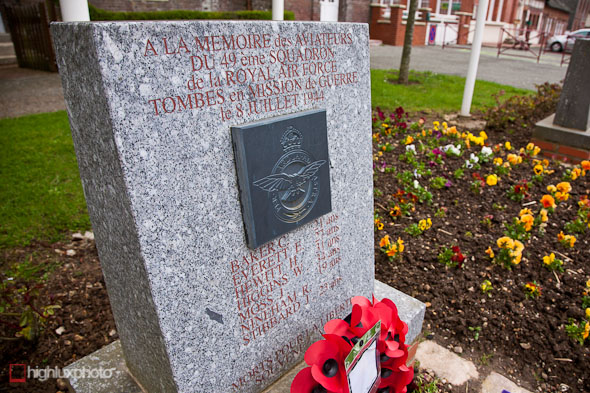 Memorial for an allied bomber crew from WWII. There was another plaque nearby announcing the dates the village was occupied by Germany and then liberated by the allies. 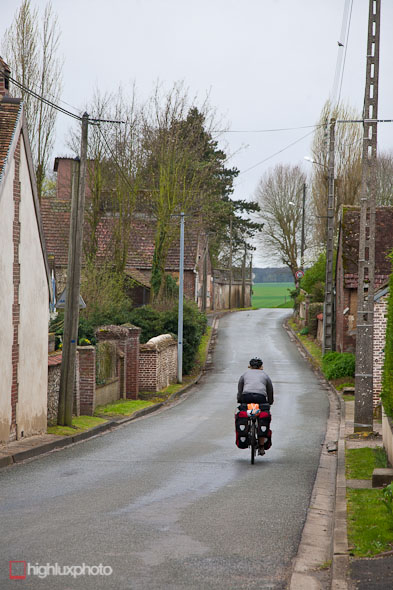 About to exit another peaceful little village. 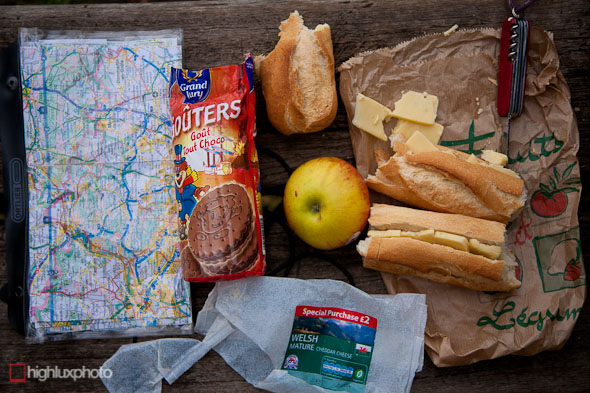 Cycle tourists lunch – French style… (we had to finish our Welsh cheese first of course!) 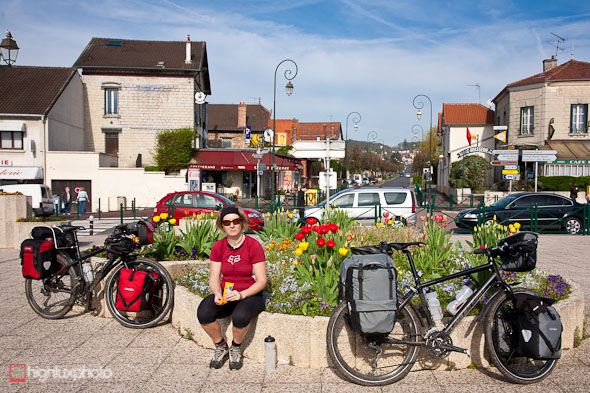 This was the last village before the roads got really hectic on the outskirts of Paris. Not long after this we ended up having to ride in the wrong direction along the autoroute to make it to an essential junction! 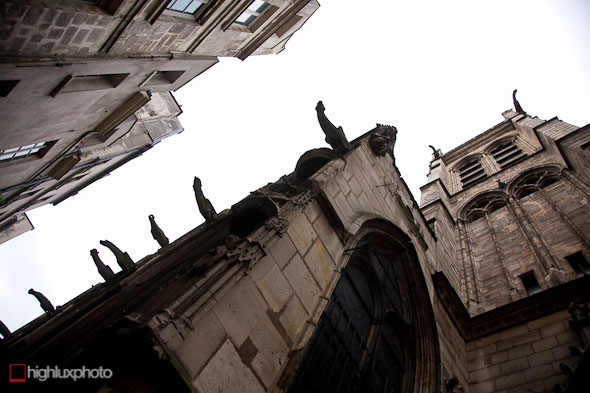 Gargoyles on a Paris cathedral. We planned for two days in Paris to see a few sights and to obtain some bike boxes to pack up our Cannondales for the flight to China. We stayed at an F1 hotel near the airport and caught the train in and out of Paris. With some perseverance we managed to sort out some bike boxes the same day we got into Paris (thanks Decathlon) so that left us 2 days for sightseeing: filling in some of the gaps from the single day we had in Paris back in 2002. 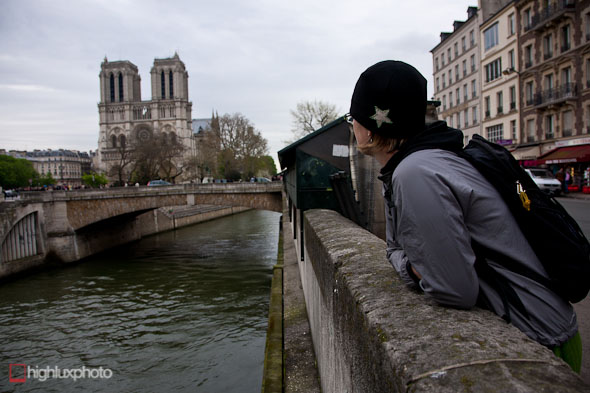 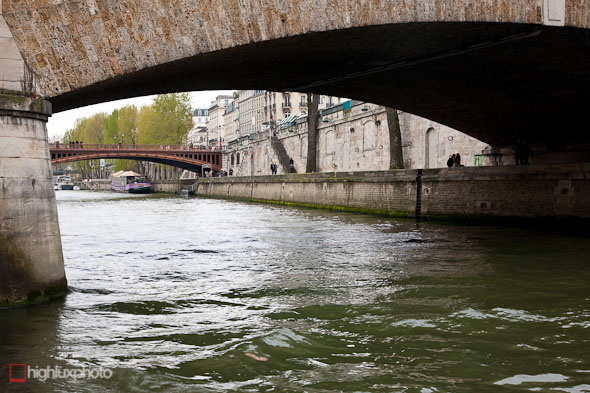 Bridges on the Seine. 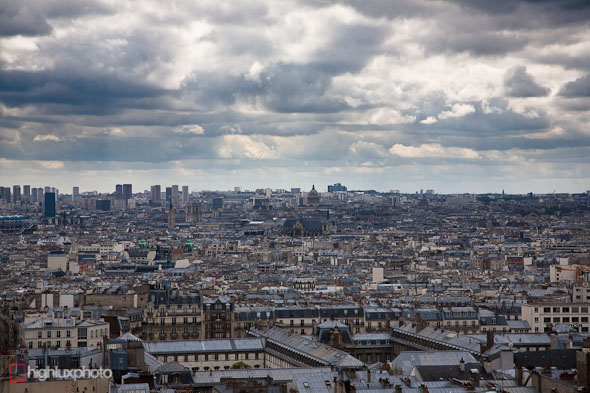 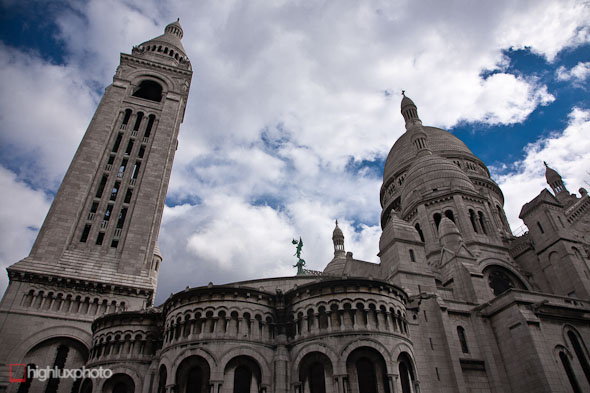 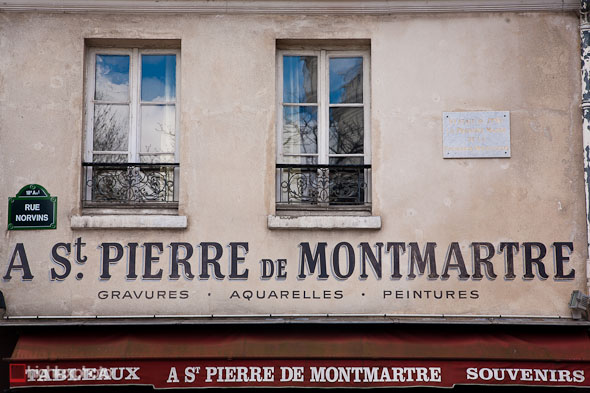 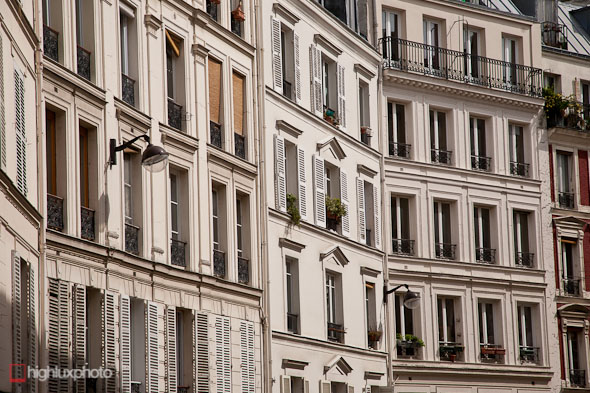 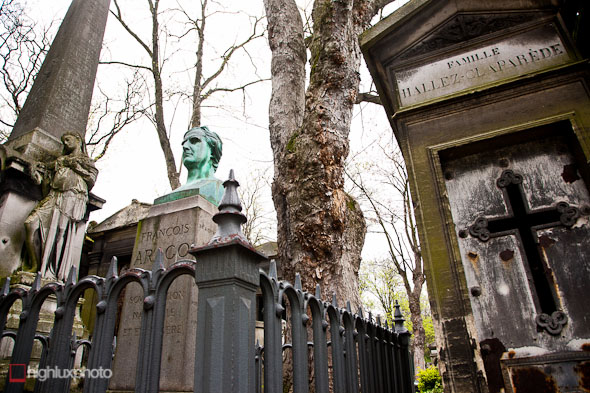 Le Cimetiere du Pere-Lachaise – the famous cemetery where the likes of Jim Morrison, Chopin, and Edith Pilaf lie – absolutely huge and awesome to walk around. 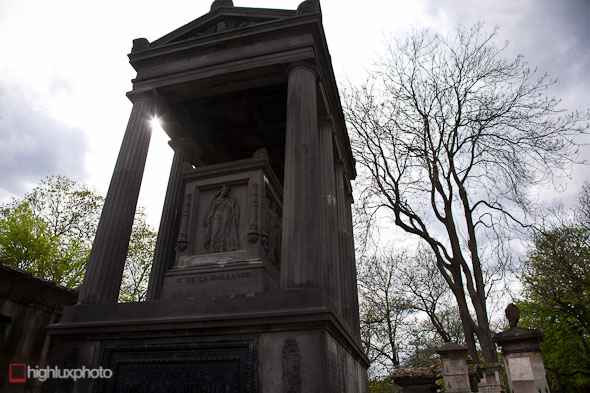 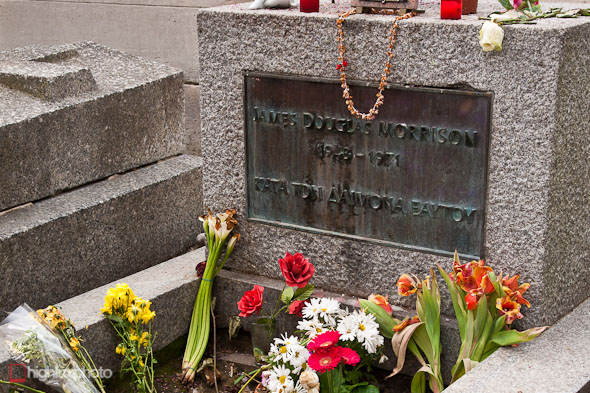 The obligatory photo of Jim Morrison’s grave; sadly fenced off as so many people have tried to chip pieces off it! “True to His Own Sprit” is the Greek epitaph on the tomb. 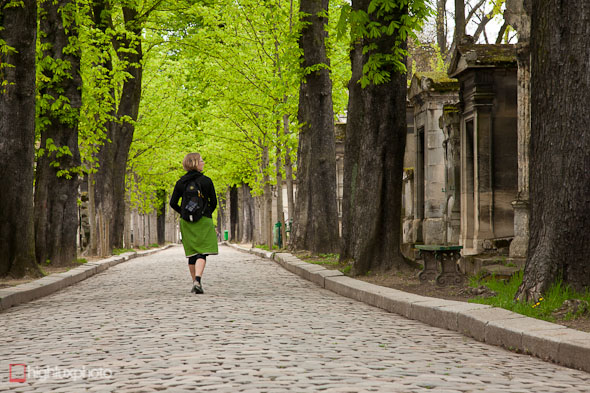 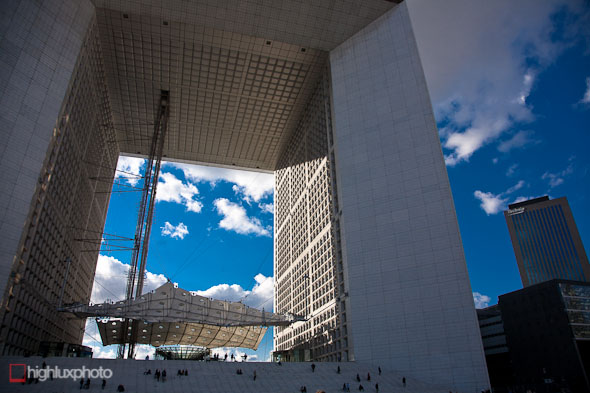 Le Grande Arch, La Defense, Paris. Paris’ main business district is packed into this one area: all steel and glass and modern archtectural wonders, juxtaposed with the ancient central districts of Paris with their cathedrals and stone buildings. The Grande Arch is a modern echo of the Arc De Triomphe. Just awesome. 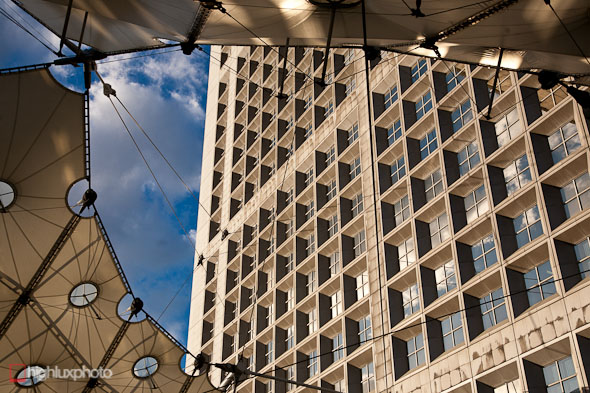 Detail shot of the Grande Arch. 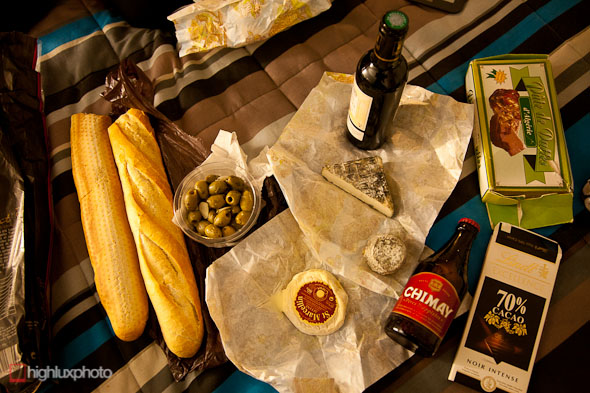 The Last Supper – in Paris that is. Tomorrow, China!