This chapter of our cycling saga starts in Chengdu, China, where we’ve been based for 5 days while we get over jet lag and sort out last minute preparations for our cycle tour along the mountainous Sichuan – Tibet highway, then south into Yunnan. We’ve been staying at a great hostel in the centre of the city (Nova Lodge – very helpful English speaking staff), and spending our days navigating China’s 4th largest city.

Incredibly spread out, Chengdu takes some effort to get around and just heading to the area where the bike shops were (retail is often grouped by type here) was a half-day mission. We spent at least a day trying to find a half decent map of south west Sichuan, as the English language one we’d ordered on Amazon did not get delivered on time. In the end we’ve had to settle for a 1:1,000,000 sheet of the area, but with Chinese characters only on it and no contour lines – all part of the challenge I guess! With Google Maps we’ve been able to annotate some English (Pinyin) place names onto it, but we’ll still only have a rough idea of when the next pass is coming. We also met with Nico Marino, a very helpful Argentinian cycle tourist/photographer living in China. He’s done a lot of touring in remote China as was able to give us some good info on road profiles and pass altitudes (many over the 4000m mark!).

Chengdu is an incredible fusion of westernised asia and traditional China, with high rises and glitzy fashion brands just round the corner from markets selling live snakes, hand made noodles and sacks of toads. You can fill yourself for $2 from a road side barbecue or over the road sample fine Sichuan cuisine for, well … name your price. Electric scooters are the most popular form of transport and silently speed along the streets, jousting at intersections with late model SUVs and fancy sedans – there are very few old cars on the road in this city.

After a few days of exploring this amazing contradiction of a place, breathing smog, walking miles, being stared at on buses and fine tuning our touring kit, we’re ready to hit the road. 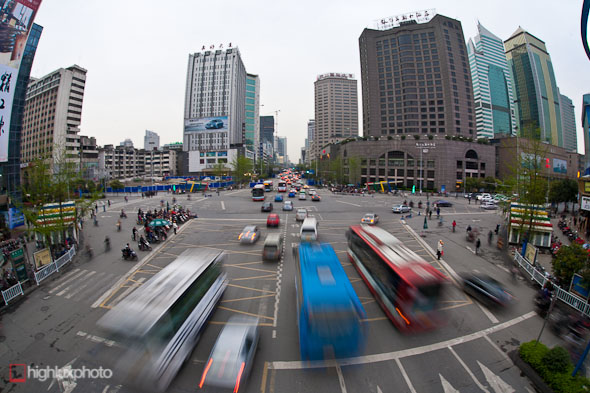 Central Chengdu, not far from Tianfu Square and a giant Mao statue. While main avenues had an almost western feel with bright shop fronts, dazzling signage, and lots of polish, you only have to duck down any side street to find hole-in-the-wall motor cycle repair shops, street barbeques and market stalls – its an amazing mix of rich meets poor. 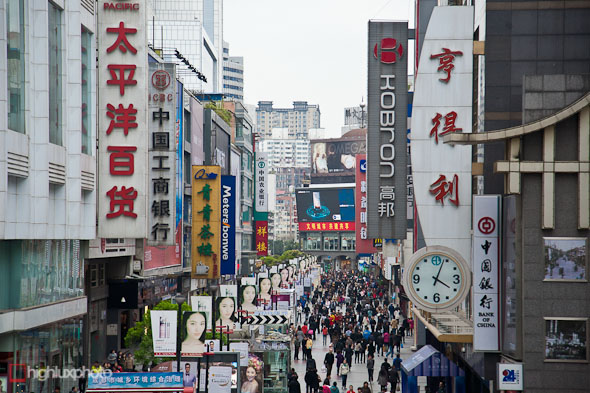 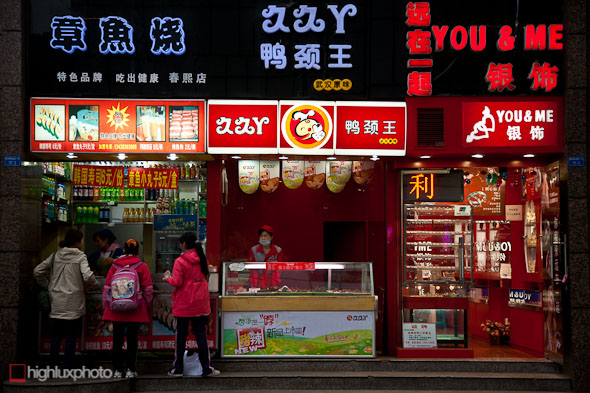 Interesting shops selling interesting things and not a lot you can read! 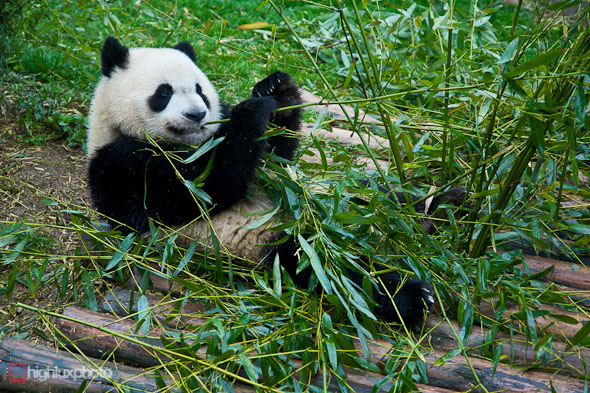 We took a trip out to Chengdu’s Giant Panda Breeding and Research Centre. Pretty cool to see these awesome and amusing creatures up close. They eat approx 40kg bamboo a day, and nothing else, but were once carnivorous. Massively endangered, there are only 1600 remaining in the wild. 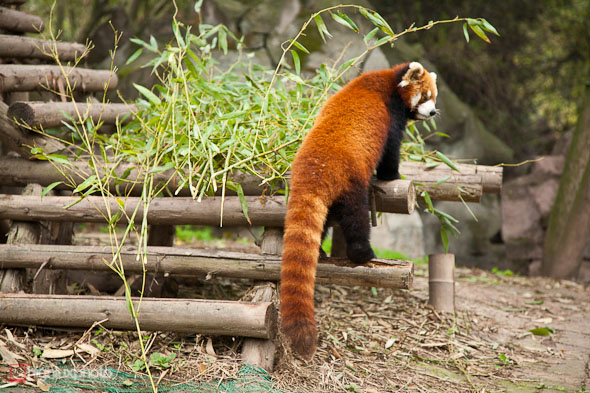 Red Panda. Much higher numbers of these about than Giant Pandas. 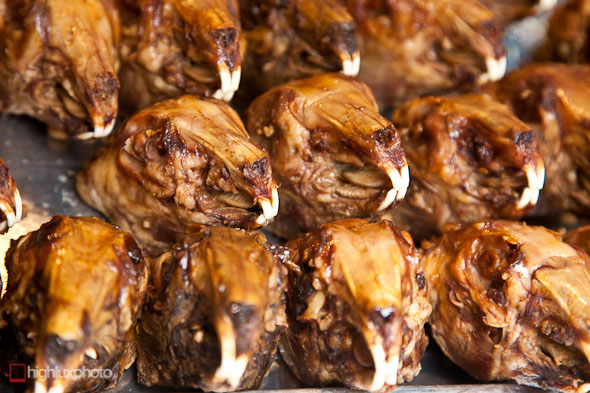 Saw quite a few of these for sale on street stalls. Not sure what they are – I haven’t plucked up the courage to try one yet! 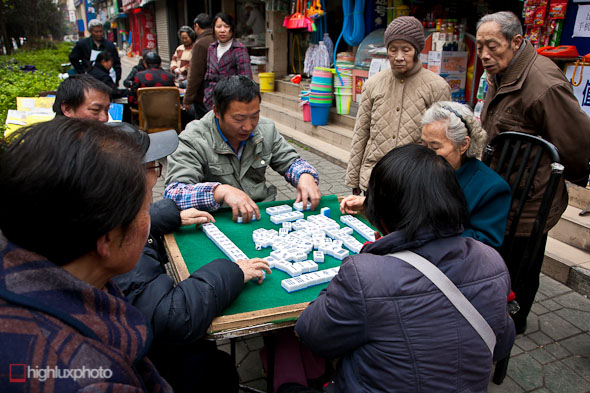 Mahjong – very popular on Friday afternoons it seems, and often a crowd around the players. 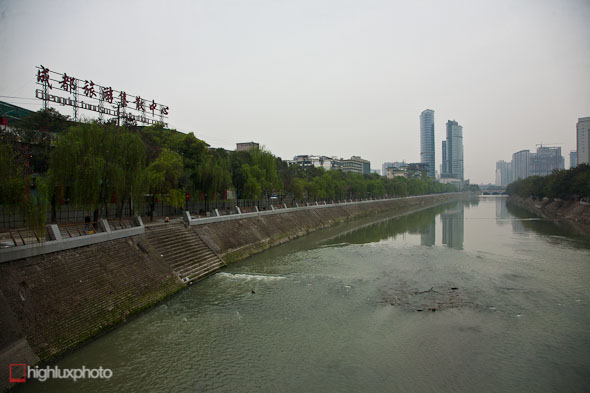 A less picturesque impression of the city… 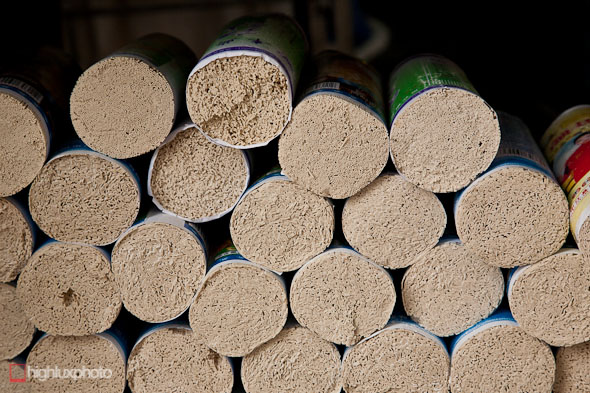 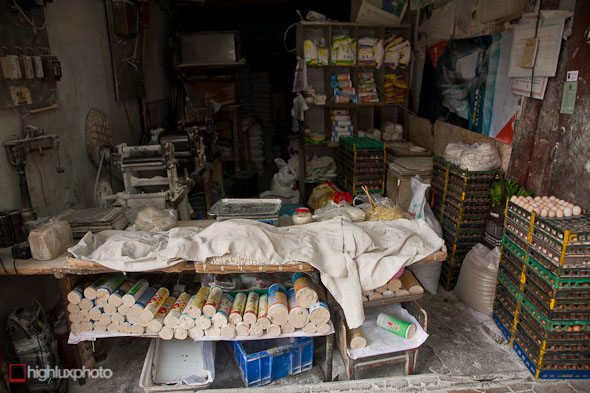 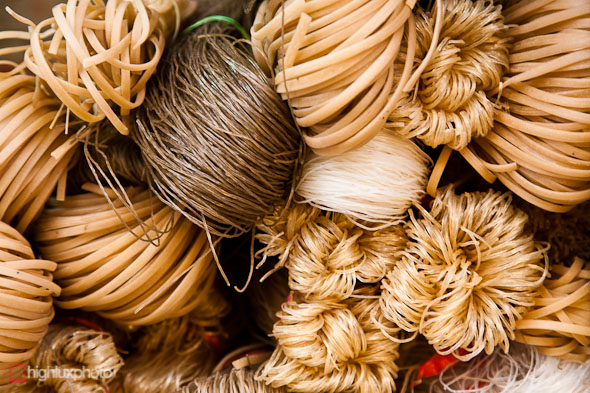 They come in lots of shapes and sizes too… 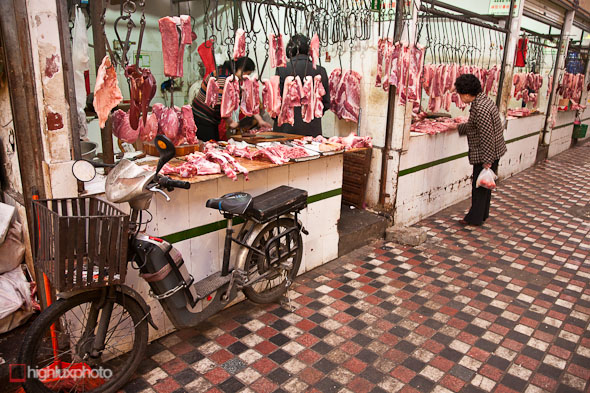 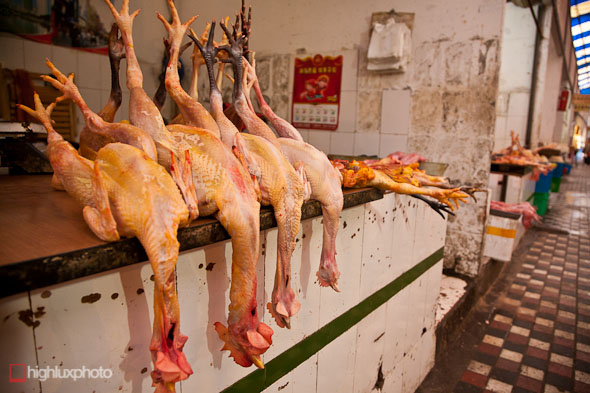 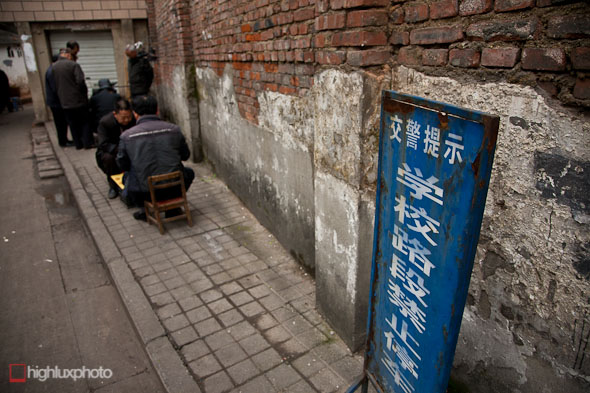 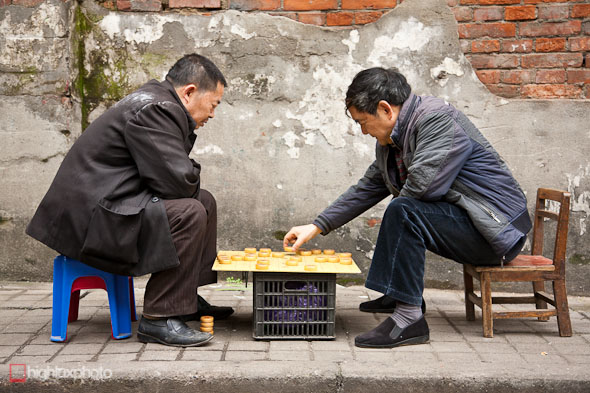 Checkers – quite the intensity happening in this game! 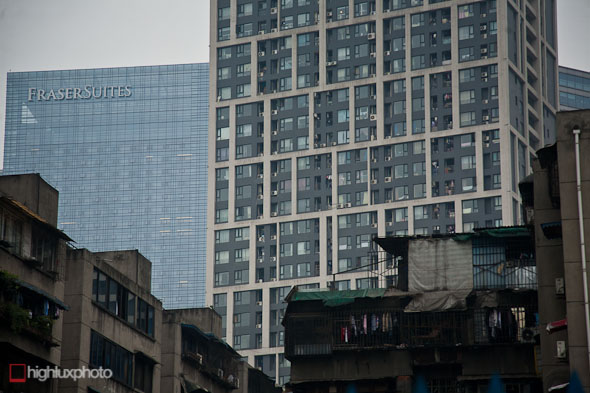 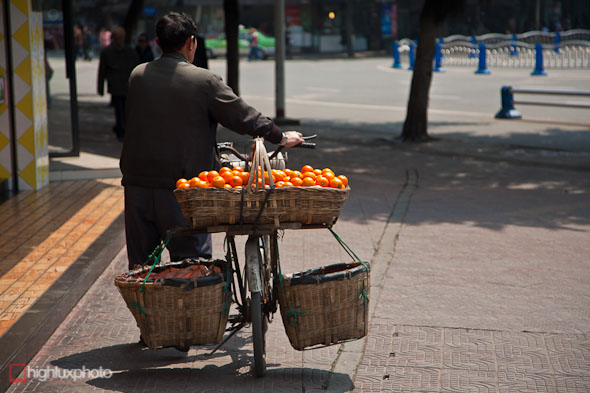 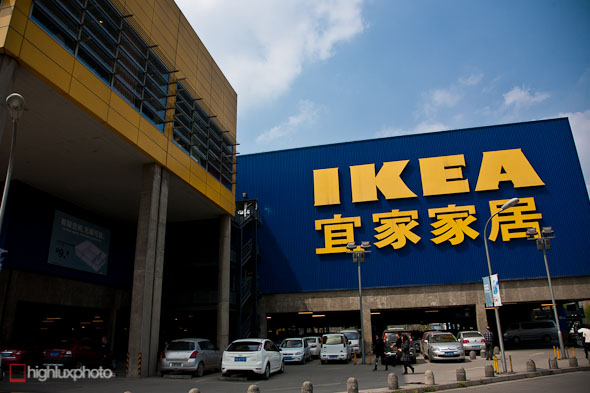 We dropped in here to buy a wooden spoon and have a coffee – as you do… The place was rammed – as was the Decathlon store over the road; a great example of China’s rapidly swelling middle class and westernisation in the cities. 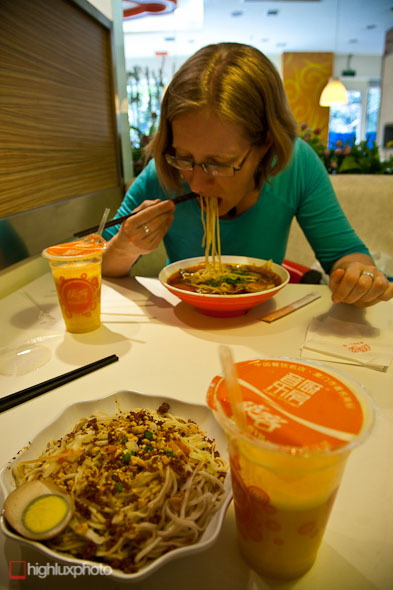 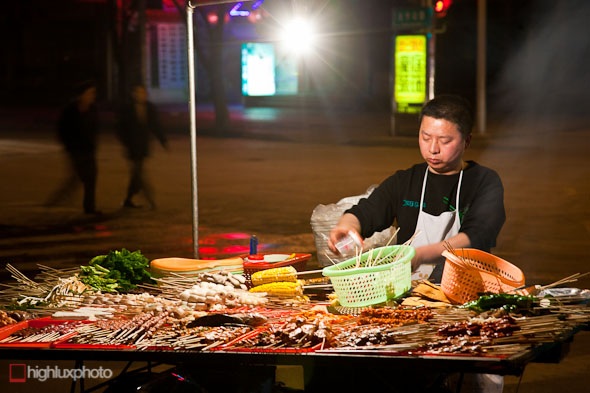 We had dinner here one night – sitting on little stool on the street, and sampling barbequed chicken hearts, some intestine bits, aubergine, bamboo, various fungi as well as some good ol’ chicken wings – super tasty. In the end a drunk Chinese man insisted on paying for it all – and then went on to order us a couple dozen more skewers and some beer, but that’s another story…