Work’s over, it’s time to play! We leave for our cycle tour in a week, and I’m desperately trying to get in a few last ticks before we leave (maybe I’ll post about that later), Anyhow, here’s a few shots taken at Stanage, Froggatt and Curbar edges earlier this week. Thanks to Chris and Pete for some very memorable days out these past months.

Ulysses’ Bow (E6 6b), Stanage Plantation. An unforgiving Moffatt classic. As the guide says: ‘Each move is a notch harder than the one before, but none is as hard as the ground’!

Chris Fox setting off on the bold Brown’s Eliminate (E2 5b). Froggatt Edge. 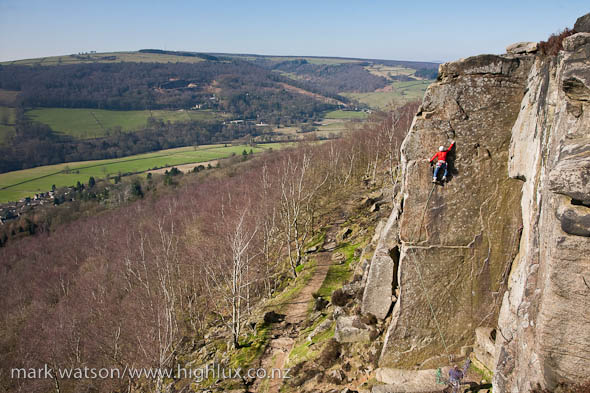 Pete ‘The Doc’ Hart on the even scarier Brown’s Eliminate Direct (E3 5c).