Bikepacking the Length of the Americas

This page and series of blog posts follows Mark Watson and Hana Black’s transcontinental cycling journey, following the length of the Americas: from Deadhorse, Alaska to Ushuaia, Argentina. A distance of over 46,000 kilometres.

We were on the road for nearly four years, stitching together a route that stayed off paved highways and in the back country and mountains as much as possible, generally following the American Cordillera, linking together the classic bikepacking routes, and researching our own routes for the vast sections between. Some of these we have published here and on Bikepacking.com.

We started on June 6, 2016 with the arctic Dalton Highway and the Denali, Taylor and Top of the World Highways. Then crossing Canada via the Klondike, Alaska, Stewart Cassiar and Yellowhead Highways, through to the Icefields Parkway which we followed down to Banff. From there we joined the Great Divide Mountain Bike Route through the cold fall months right through to Hachita, New Mexico; just short of the Mexican border.

We then headed west across the deserts of South Western USA to San Diego, arriving in early December 2016. The incredible Baja Divide came next followed by a circuitous route through Mexico’s altiplano and the southern Sierra Madre. From Chiapas we crossed into Peten, Guatemala then to Belize and back into Guatemala, which we crossed from east to west into the highlands. A cross country adventure through Honduras followed, then Nicaragua (briefly), Costa Rica and Panama.

In late Nov 2017 we flew to Cuba to ride then Ruta Mala (3 weeks), and then to Colombia where we spent 4.5 months. The Trans Ecuador and Tres Volcanes Mountain Bike Routes took us through to Peru (mid 2018) and its incredible mountains. We ended up spending a year there, riding the the classic bikepacking routes, as well as creating our own Camino del Puma (which entered Bolivia briefly) in the south of the country and exploring a route to the jungle NW of Cusco.

Three months in Bolivia saw us visit the Cordillera Apolobamba, and following bikepacking routes to, and beyond, La Paz. We finished off Bolivia with the Lagunas Route into Chile and San Pedro de Atacama, where we then picked up the incredible Ruta de los Seis Miles (early December 2019) which took us through the Argentine puna.

From the end of the Seis Miles (Barreal, Argentina) we spent early 2020 zigzagging back and forth over the Andes between Argentina and Chile a further five times until we reached the Carretera Austral near Coyhaique, Patagonia.

Currently we are in New Zealand waiting out the Covid-19 pandemic. We returned here in March 2020 after reaching Coyhaique. We’ll return to our journey in Chile as soon as is practical, to close our gap between Santiago and Puerto Montt and between Coyhaique and Ushuaia – our ultimate goal.

Our complete route, recorded daily, in Google My Maps.

We’re proud to be featured in

Kathmandu sent out a film crew and photographer to trail us for three days while we were riding the Peru Divide. Check out the 6 minute mini-doco below.

Most recent blog posts from the ride 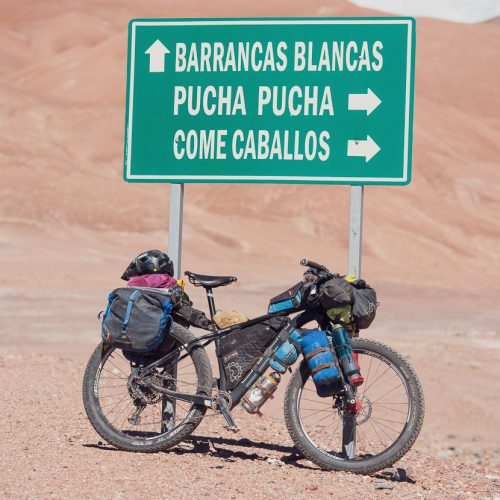 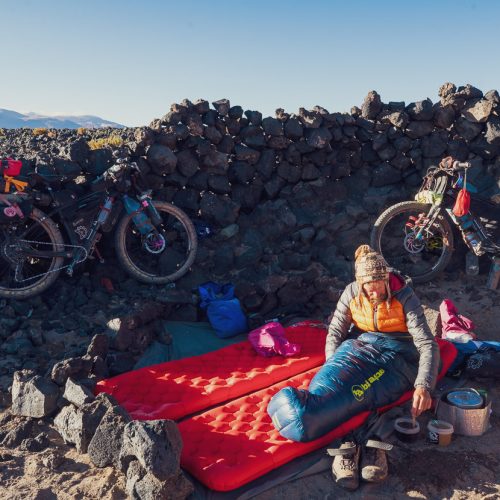 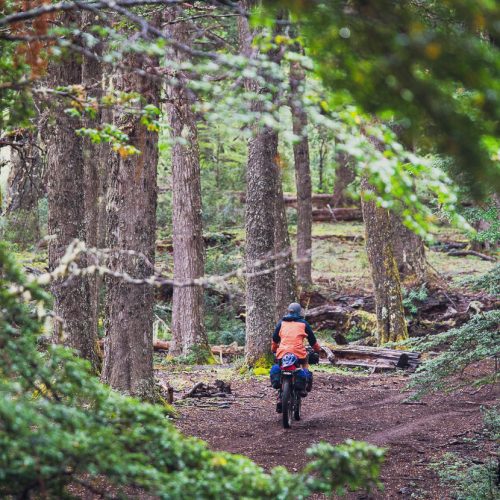 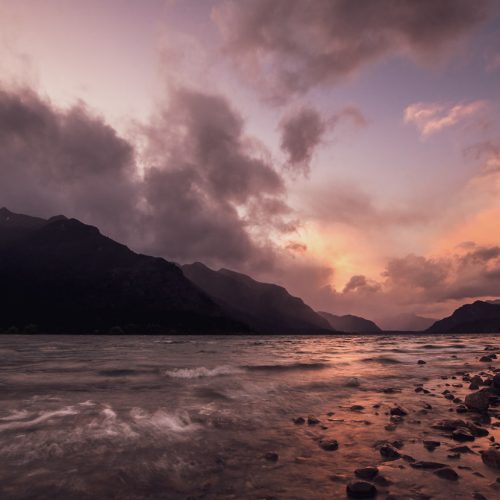 How & what we pack for bikepacking in the Andes - the full list.

Route finding & Navigation: how to get off the beaten track. 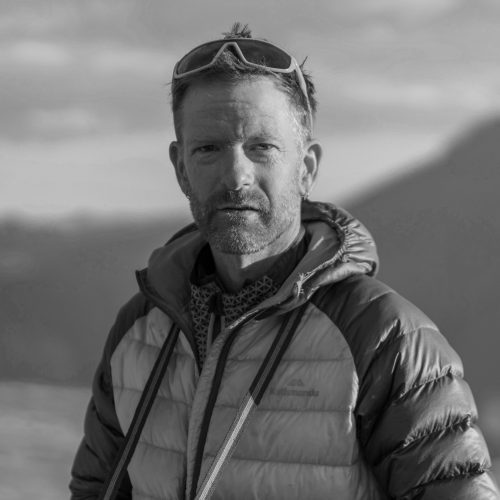 Mark is a New Zealand-based photographer and author specialising in landscape, adventure and travel photography. He has a professional background in publishing and graphic design. His passion for climbing, cycling and photography have taken him all over New Zealand and many places overseas in search of the perfect move, the ultimate track and epic light.

In 2013 Mark co-authored his first book, Our Mountains, incorporating over 100 images featuring 15 New Zealand mountains. This was followed in 2015 by the acclaimed Te Araroa – Walking New Zealand's 3000 km trail – a photographic exploration of the landscapes of New Zealand's long distance trail. In September 2016, Photographing Aoraki Mount Cook – A guide to the best walks and photography locations, was published.

Mark's photos have been been published internationally in books, magazines, advertising, catalogues, calendars and websites. He is a regular contributor to Wilderness Magazine.

Mark is a big believer in synergy between partners: that by combining the skills of two you can achieve more. To the team he brings an unquenchable curiosity and drive to explore, an open mind, and an endless stream of ‘what’s next’ ideas – combined with a drive to document and share his and Hana’s adventures to a wide audience, in the hope of encouraging people off the couch and into the outdoors. 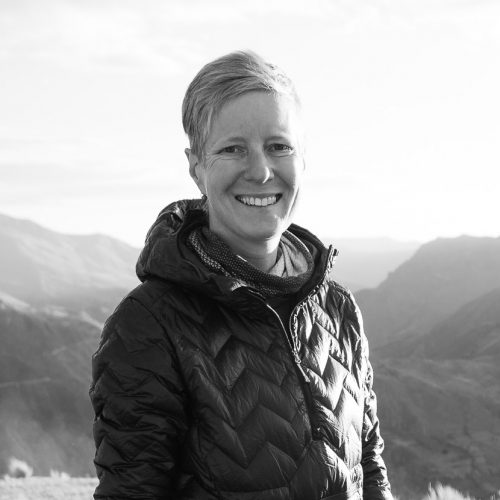 Hana’s love of exploring the great outdoors inspired her career as an outdoor clothing designer and developer for several well known New Zealand businesses including Earth Sea Sky, Cactus Equipment and Kathmandu. It has also led her on many forays into the mountains and wilderness, both backpacking and bikepacking, often putting her own creations to the test.

One of her most notable achievements has been completing the 3000 km Tour Aotearoa length of New Zealand brevet solo in twenty days in early 2016 - the perfect training ride for her current day job as a trans-continental bikepacker.

Hana contributes her organisational skills to the team by focusing on logistics. Ensuring chocolate and caffeine requirements can be met in remote locations involves detailed map reading and careful calculations between resupply points. Communication with locals and playing a starring role in Marks many photography sessions are also top priorities.

We love it when people shout us a beer or contribute to our ongoing expenses!
Creating content for this site – as much as we love it – is time consuming and adds to travel costs. Every little bit helps, and your contributions motivate us to work on more bicycle travel-related content.

Here's a few more shots from the Moerangi Track ri

I counted this morning and realised I've ridden my

It was really good to get away at the weekend and

Evening on the Peruvian altiplano looking towards

As if from a fairytale? Early evening in San Migue

🙏 Not long ago I finally hit 10k followers on I