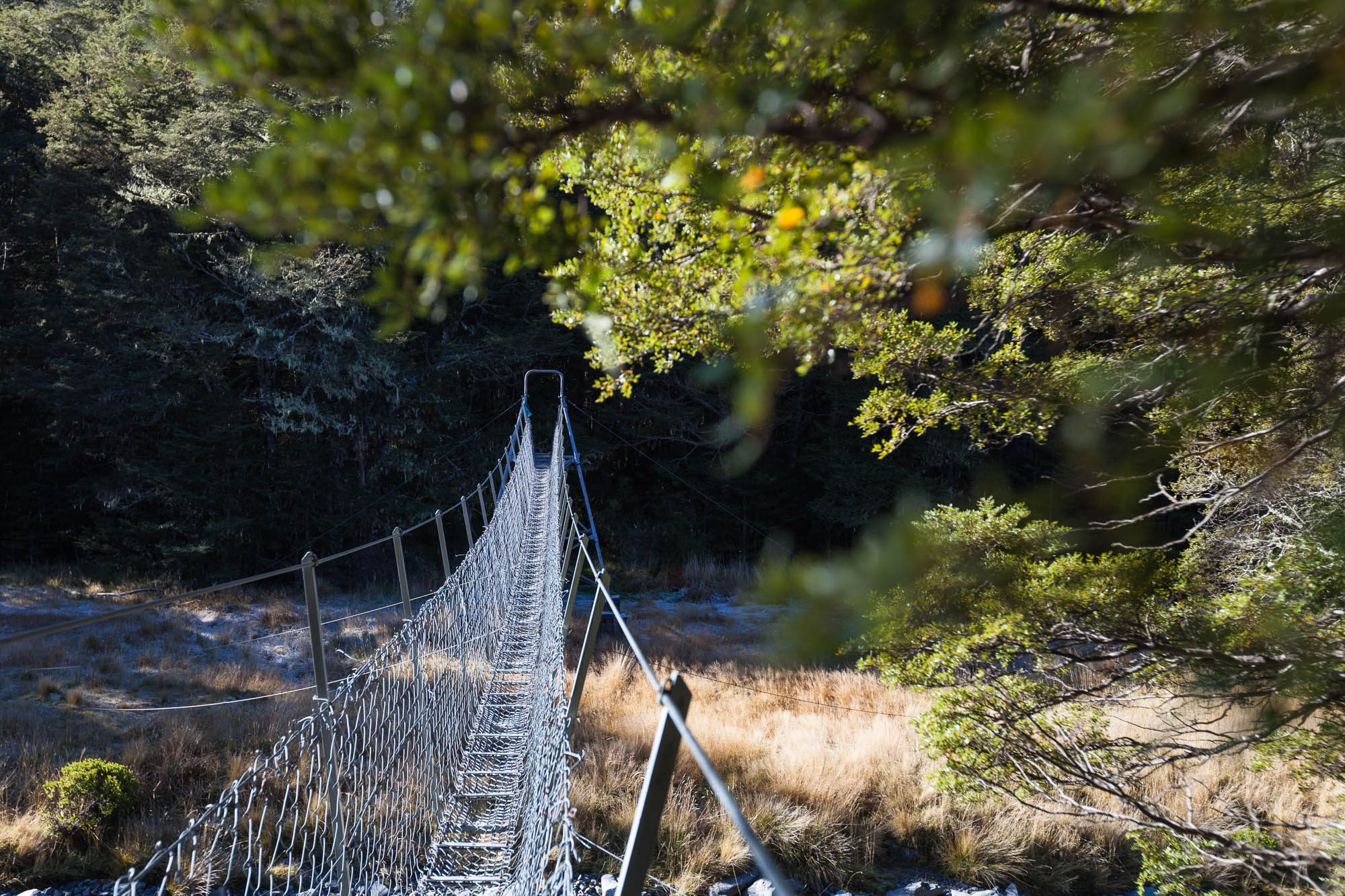 Te Araroa: Walking New Zealand’s 3,000 Kilometre Trail, my photography book from a January – July 2015 through-tramp of the Te Araroa Trail is coming soon: release date is November 1st. You can read more about the book here, or in the meantime read on to find out about Mark, his walk and why he carried all that heavy camera kit such a long way.

What is the book about?

So it’s a book about tramping, there’s loads of those already. What makes this one different?

The Te Araroa Trail is a diverse and circuitous journey from the top of New Zealand to the bottom. On the way it passes through over 60 towns and cities, crosses forests, ranges, regional parks, rural land and remote coastline. There’s a bit of everything; consequently the trail delivers not just a physical story of New Zealand, but one that touches on the history and cultural diversity of this young nation.

What’s in the book?

It’s a coffee table style hard-cover book with over 350 photos from the trail, they’re accompanied by a short introduction at the start of each chapter (one for each main trail region), as well as main introduction about the trail in general and a ‘trail notes’ section at the end of the book. It fits a lot into its 224 pages!

Where can I buy it?

It should be available from all good book stores via New Holland Publishers by November 1st, 2015. To register your interest for a signed copy, sign up here.

Who’s the book aimed at?

Te Araroa enthusiasts! It will appeal to keen walkers and trampers as well as any New Zealander who is proud of the local landscape, natural heritage, culture and history that gives New Zealand its identity. Kiwi, tourist, tramper or not – you’ll find something of interest.

What were your goals, artistic or otherwise, with this project?

I aimed to achieve three things through the book’s photography:

1. To convey the diversity of the trail’s (New Zealand’s) landscape with photographs that consider their subject in a wide, environmental, context. The images intend to invoke a sense of place.
2. The images had to be aspirational: to inspire people to want to see the same places for themselves, on foot.
3. No two Te Araroa journeys are the same – the weather and peoples’ fitness and skills make every through-tramp different: hence the images are an honest narrative of my experience; the varying conditions, changing light and overnight locations.

So when did you walk the trail?

I started on the 18th January on a baking hot summer day and finished at Bluff on the 8th July in cold south-westerly rain showers.
It took me 171 days, with 17 ‘rest’ days (which weren’t really rest days because I was busy downloading and backing up images, sorting logistics, and eating like crazy). That’s an average–slow time (around 20km per day), but it had to be to allow time for photography.

That’s a really late time to start. Are you crazy?

Yeah, I started about 6 weeks after the last of the bulk of the south-bounders (SOBOs) for 2015, but this gave me three seasons to walk in, so a wider range of conditions for my photography. It was a more challenging through-tramp as I had snowy passes, cold weather and heavier gear to deal with, but on the upside the trail was super quiet, there were few sandflies and no problems with rodents. I have a lot of mountain experience so was equipped to deal with winter on the trail. It’s not for everybody, but if you have the skills it’s a great time to be on the trail. I’d do it again!

Well I got a bit of everything really: from 34 degree days in Northland and the Waikato to -10 degree mornings in Central Otago. I started in mid summer, and was lucky that my walk coincided with a Kiwi summer that actually lasted a while. I was still walking in a merino singlet most days until I got to the Tararua Range in April and it stayed reasonably warm until I got to Nelson Lakes. Apart from a brief blip of freezing weather in April, it didn’t start to get to below zero most nights until late May.

The Tararuas were stormy, but the first real problem with sustained rain came when I was on the Nelson Lakes to Boyle River section with my partner Hana Black. We waited at Blue Lakes Hut for three nights for the weather to improve enough to get over Waiau Pass (which we still ended up doing in wind, rain and snow) and then we got held up by the Ada River which was well-up after days of rain and not going down in a hurry. We waited 18 hours for the river to drop (it dropped about an inch!) so we walked upstream 5km to a confluence and multiple braids where it could be safely crossed.

The rivers were big, but just passable, coming through Harpers Pass, but I got stopped again by a swollen Deception River on the Goat Pass crossing. This was too big to cross alone and I ended up walking back out to the road and hitching to Arthur’s Pass (I was supposed to be meeting someone) and returned to this 24km section after the walk. It was the only bit I missed.

I copped a big north westerly storm crossing from the Ahuriri to the Timaru Valley and got held up at Timaru Hut for a day as warm and very heavy rain decimated early winter snow, bringing the river right up. On the Motatapu Alpine Track we were in the midst of a short but intense storm that brought first heavy rain and then 40cm of snow on Rose Saddle which we crossed during the tail end of the snow storm.

Southland was more wet and windy than particularly cold (though I was well acclimatised by then) and the tracks were saturated and boggy. A slow moving south westerly/southerly system plagued my last few days and it was snowing to sea level the two days from Colac Bay to Invercargill.

Any Te Araroa through-tramper will have weather to deal with; it’s a big influence and a huge part of the experience. Managing risk, knowing when to just sit tight, or having the confidence and experience to push on when others might not. One of the upsides of my late start was dry conditions for the Northland forests which can be notoriously muddy early season.

How many pairs of boots did you wear out?

I used three different kinds of boots (wore out two) for the varying conditions and changing temperatures of the trail: two pairs of Salomon X Ultra Mid, a pair of  Oboz Bridgers from the Tararuas to the Rangitata and then a pair of awesome Salomon Quest 4D2 through to Bluff.

What about other gear – did you go ultralight?

Ultralight is not a notion that applies when you’re carrying 8kg of camera kit, on top of everything else, but I did try to offset that by using the lightest pack and tent I could get my hands on. Bivouac generously supported me with Exped pack and tent and I can’t recommend the Exped Lightning 60 pack and Vela 1 UL tent enough. In particular the tent is very well suited to New Zealand conditions.

8kg of camera kit! What were you carrying?

What other sponsorship did you have?

Bivouac supplied me tent, pack, rain jacket & gaiters; Kathmandu supplied Salomon and Oboz boots; Absolute Wilderness kept me fed with their amazing freeze-dri (the best available!); Breakfast was courtesy of Hubbards and my daytime snacks were from Nice&Natural, whose museli bars are delicious and varied enough that I didn’t bore of them – I’m still eating the leftovers! Oasis Beauty stopped me getting sunburned with their Oasis Sun suncream and my gear kept dry and feet warm by SealLine and Bridgedale, and SanDisk kept my precious images safe on their CF cards.

Federated Mountain Clubs have also been generous in supporting the book’s production with a grant from their Forest and Mountain Trust. Thanks FMC!

Did you walk alone the whole way?

Te Araroa was essentially a solo journey for me, but my incredibly supportive partner Hana joined me for about 900km in total, usually coming for four to 10 days at a time. She spent a lot of time helping with my logistics; organising food parcels and clothing and equipment.

Quite a few friends joined me for short sections – anywhere from a few kilometres to three days. I also really enjoyed the company of Barry Savage and Holger Horner, two North Island through-trampers who left the Cape the same day I did. We walked a couple of days together from Taumarunui to Tongariro National Park and then again through the Tararua Range. It was great to share my arrival in Wellington city with Barry after we had a very windy night camped near the summit of Colonial Knob (something probably only a photographer would do!).

I enjoyed the solitude and challenge of being on the trail mostly alone though and likely would have driven a constant companion crazy with my very particular approach to camping locations and frequent photography stops.

Thanks for reading.
More about the equipment I used coming in a future post. 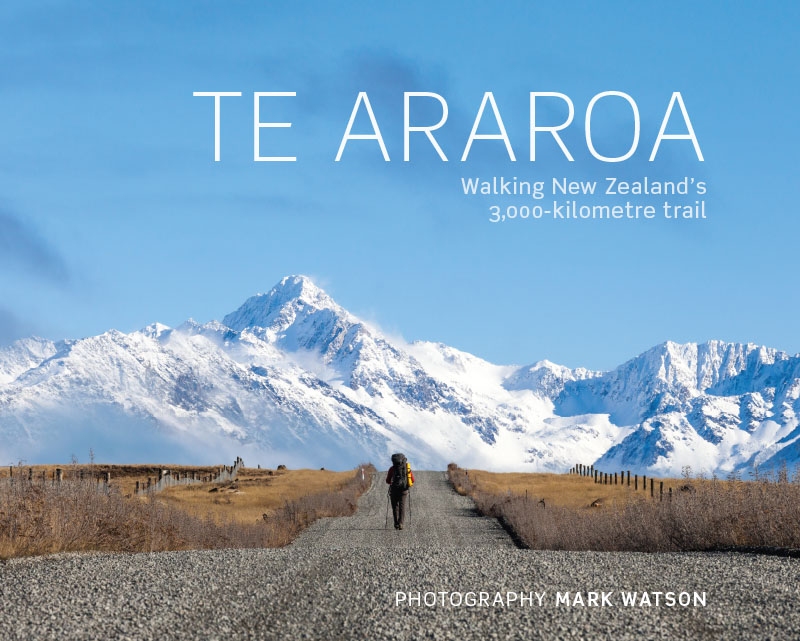 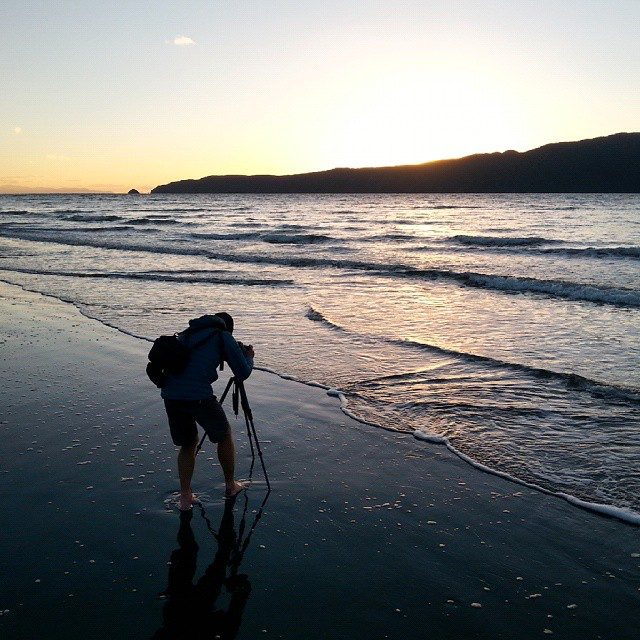 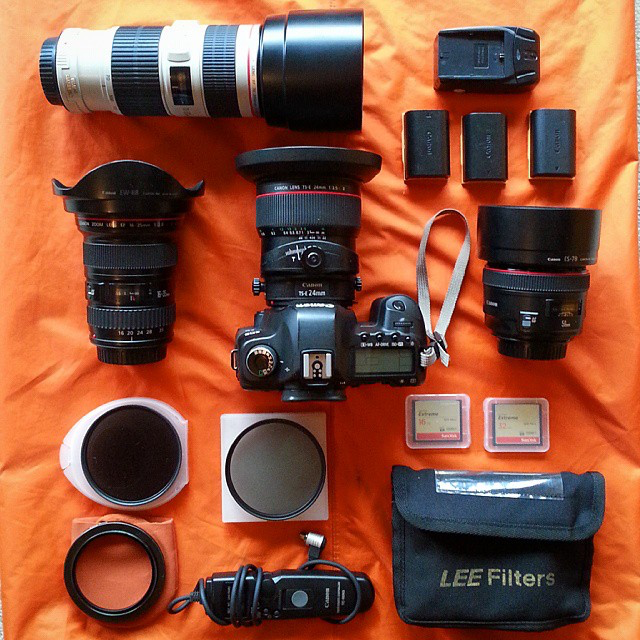 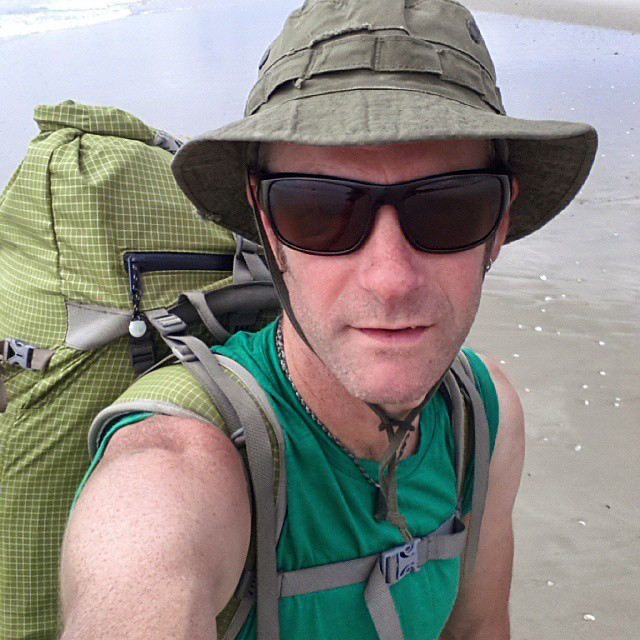 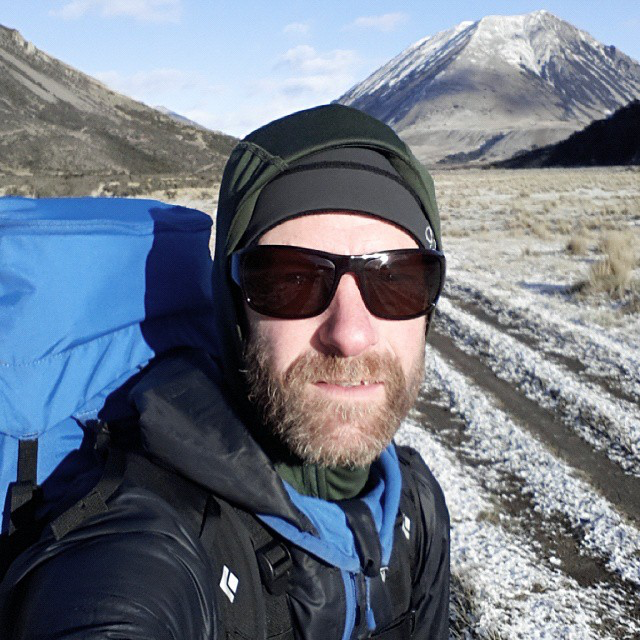 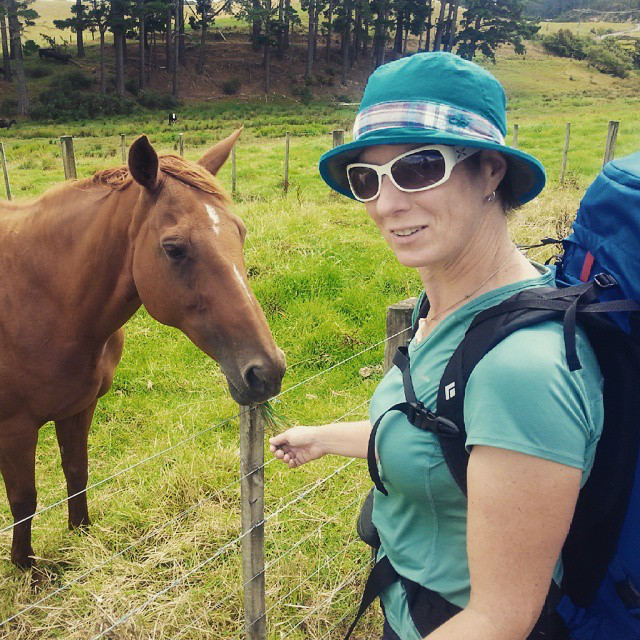 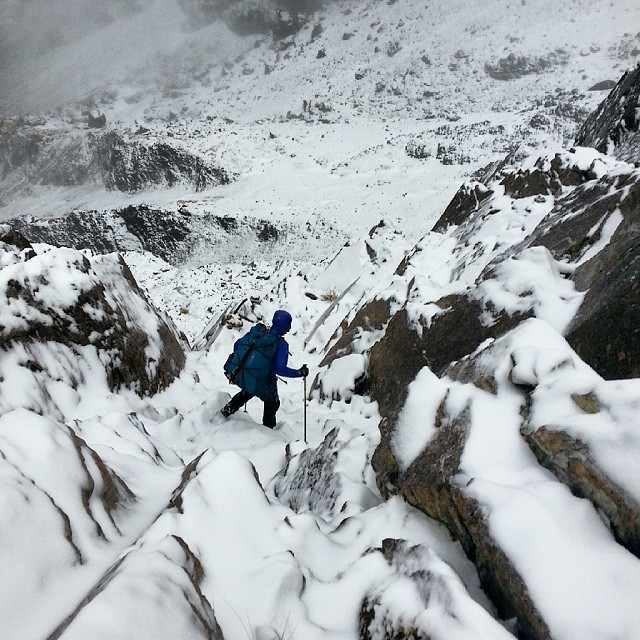 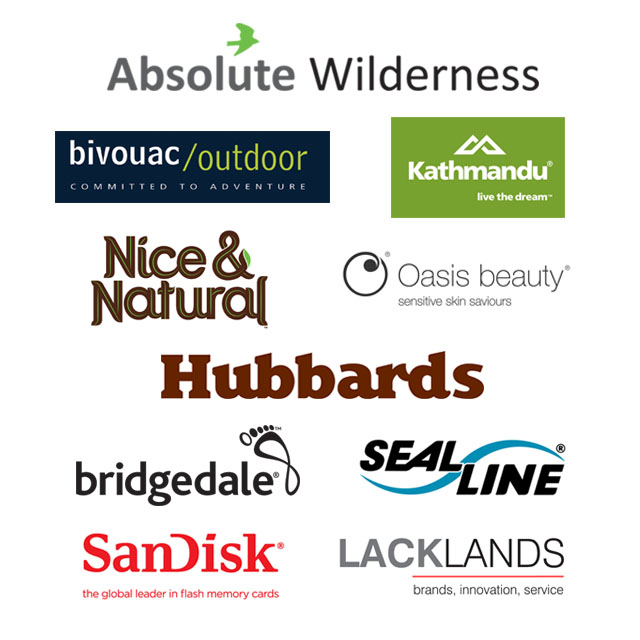