Here’s a few shots from a three-day Banks Peninsula bike packing trip back in November. Hana’s training for the biennial Kiwi Brevet again this year and was keen for some base miles. And me, well I was just along for the ride…

Banks Peninsula’s something of a bike packing paradise from our perspective; quiet roads, eternally long climbs, myriad options, unique topography and stunning views make it a great spot to ride. We started this trip from Little River, but love the fact that we can also start rides from home in Lyttelton and just nip across Lyttelton Harbour on the regular ferry.

[Photo notes] All shots Canon 5DMKII and 40mm f2.8 lens. I’m super impressed with Canon’s new 40mm ‘pancake’ lens. It’s relatively cheap, tack sharp, has minimal distortion and is super compact for lightweight trips when you still want to have an dSLR along. Unlike the 50mm 1.8, the 40mm has a steel mount (rather than plastic), feels slightly better built and I find its 10mm extra width more useful for all round outdoor photography. 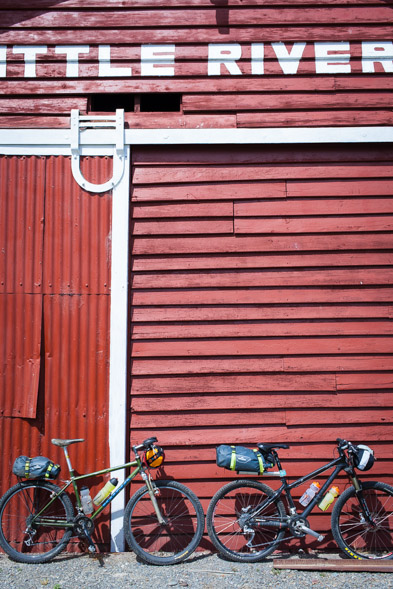 Kicking off from Little River. I’m riding a 16 year old Kona Explosif and Hana’s testing out her new carbon Giant XTC hardtail as a brevet machine. 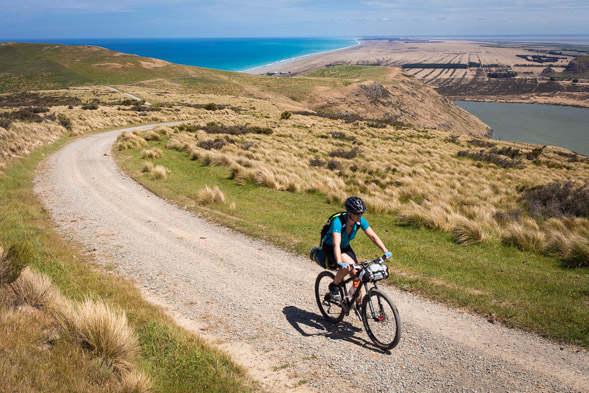 From Little River we rode down the rail trail for a few kms to Birdlings Flat and then started the long climb from sea level onto the top of the range. That’s Kaitorete Spit in the background. 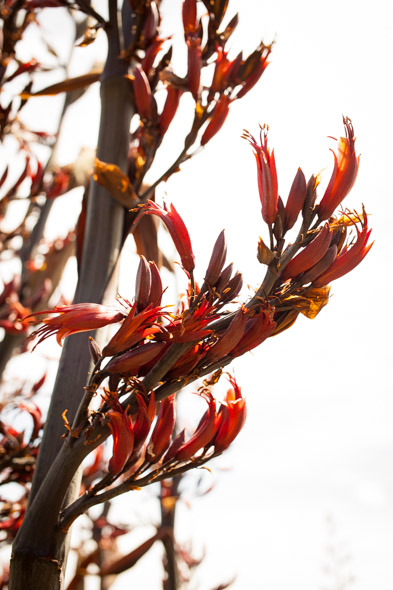 Harakeke was flowering in abundance along the way. 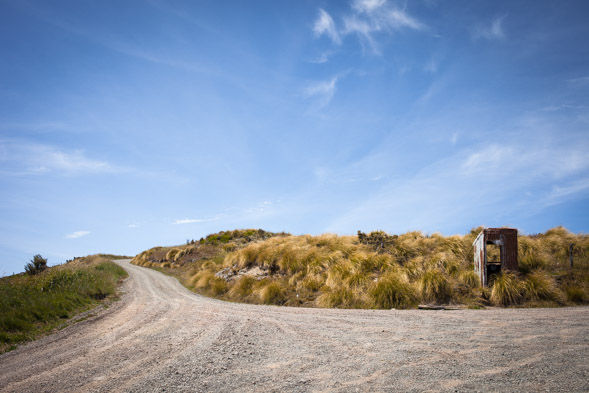 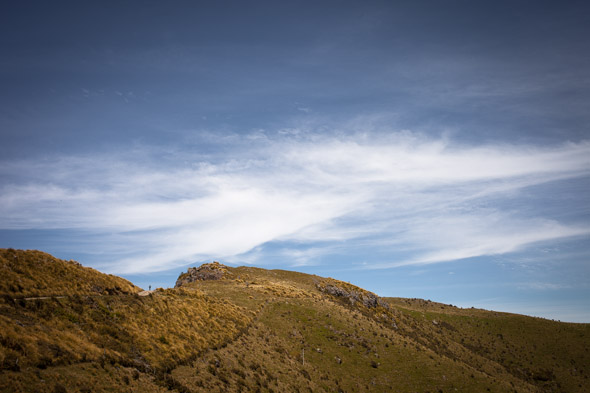 Along the range towards Bossu Peak. 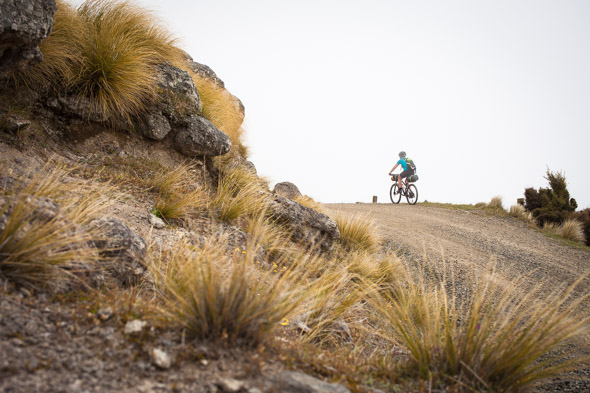 Towards the east end of the range we disappeared into the cloud. 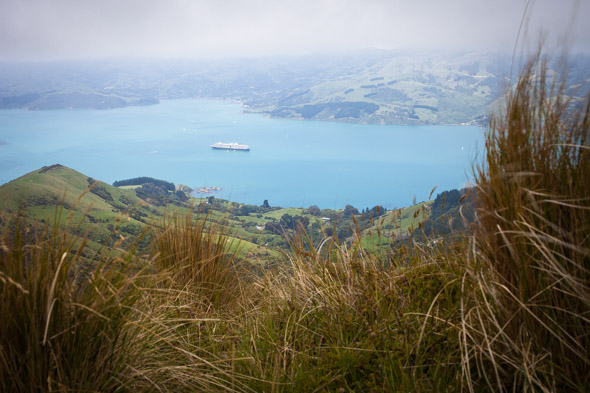 Since the Christchurch earthquakes damaged the Lyttelton wharfs cruise ships have anchored in Akaroa Harbour instead. 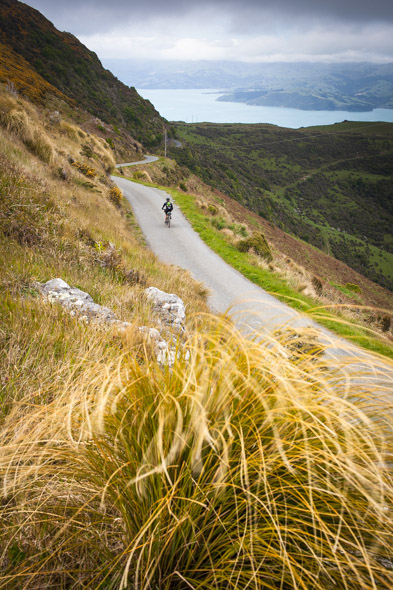 At the far end of the range the road plunges down into Wainui, back at sea level. 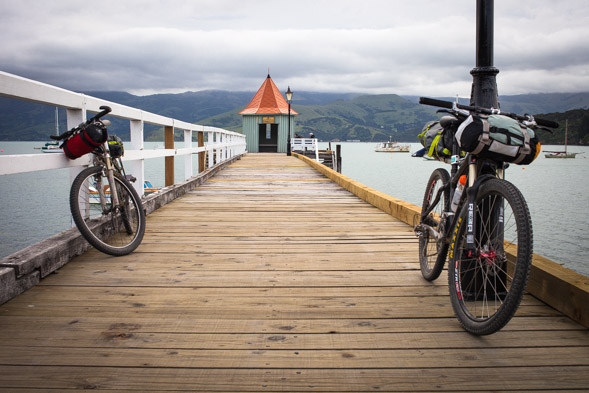 From Wainui we rode around the harbour (via a couple of dirt options on Onawe Rd and Old French Rd) to Akaroa, where we had a backpackers room booked for the night. Akaroa’s a quaint spot that was settled by the French in 1840 and always makes a great spot to end a day’s riding. 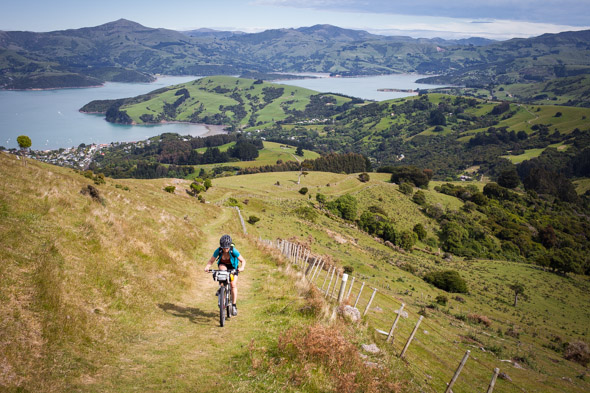 Morning of day two we climbed straight of Akaroa via Purple Peak Road, a brutally steep stock route that climbs to the crater rim just north of Stony Bay Peak. 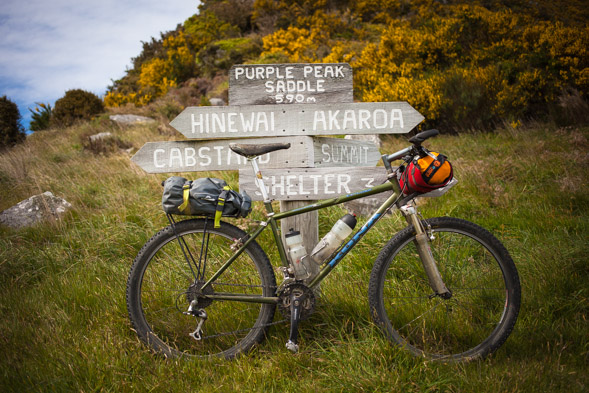 590 metres later – the top, just on the edge of Hinewai Reserve. 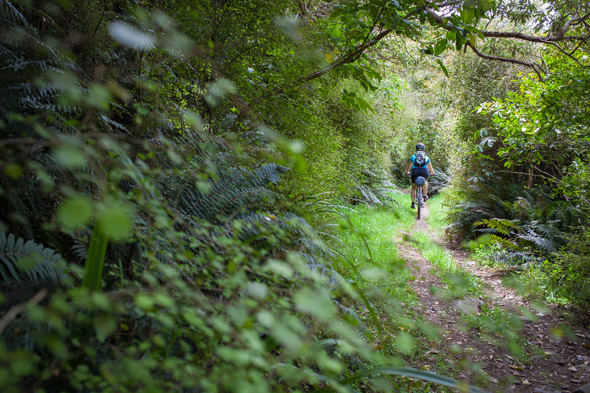 From the saddle we headed north, skirting the edge of Hinewai Reserve and then joining up with the summit road. 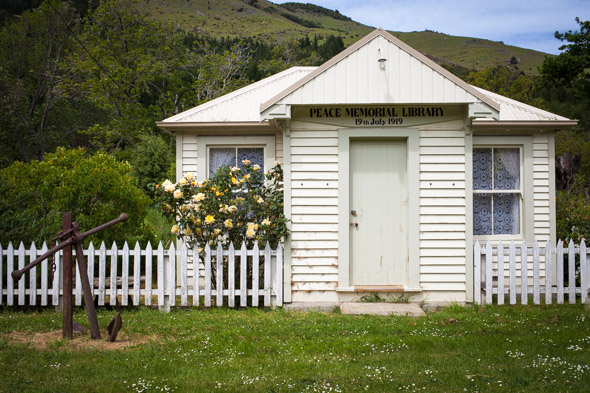 The peninsula’s full of history: whaling remnants, abandoned homesteads and rustic cemeteries. We passed this old village library on the fast run in to Le Bons Bay. 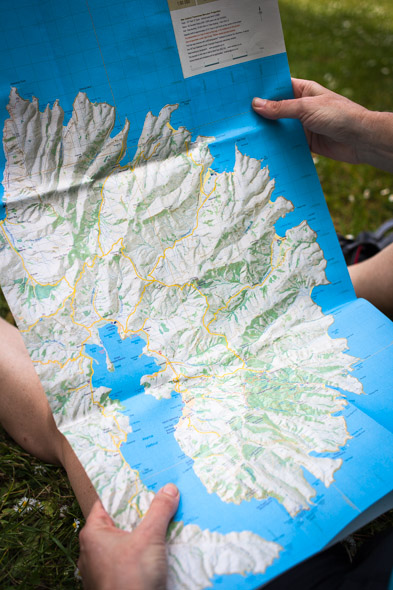 The grassy reserve at Le Bons is a great spot for lunch, and a chance for us to figure out our next move… 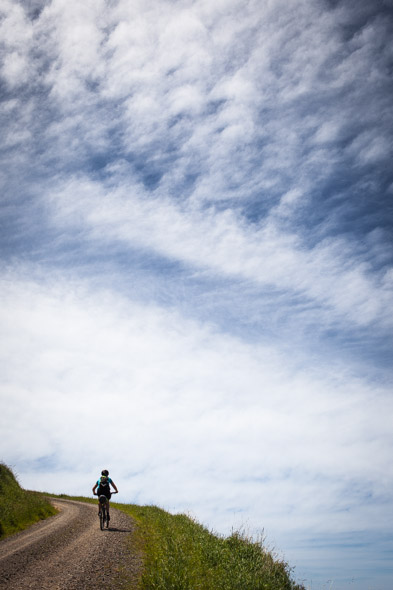 We took the climb north out of Le Bons onto Lavericks Ridge Road – a gravel topped spine that seems to climb into the sky forever. 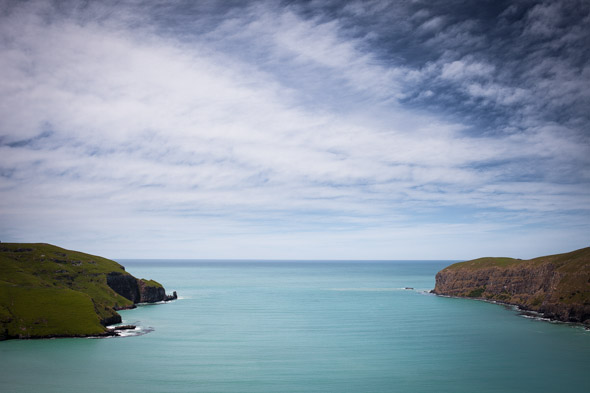 The entrance to Le Bons Bay, from Lavericks Ridge Road. 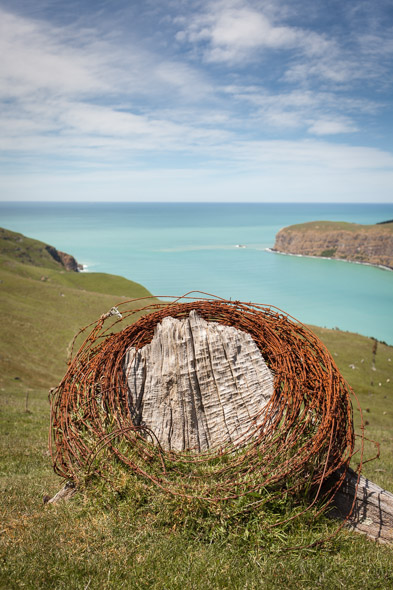 The ubiquitous ‘Banks Peninsula bale of wire on a tree stump’. 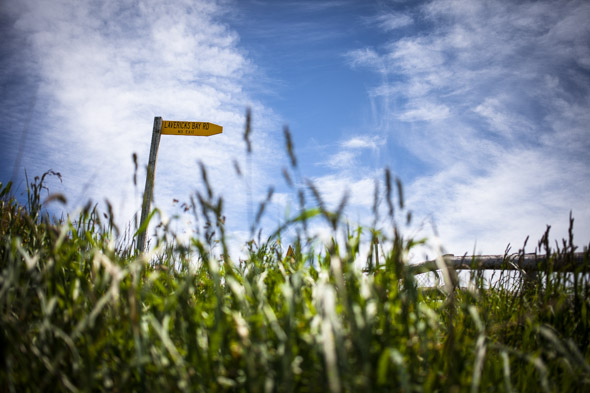 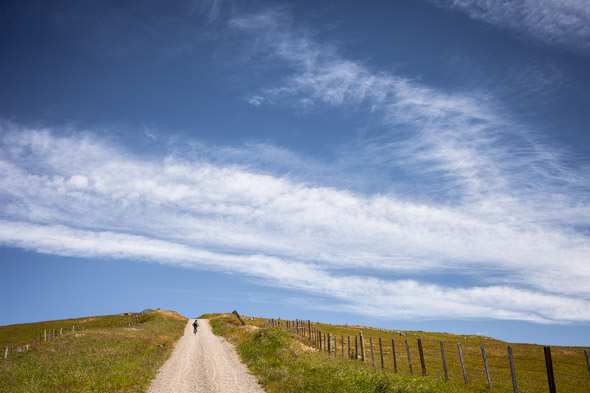 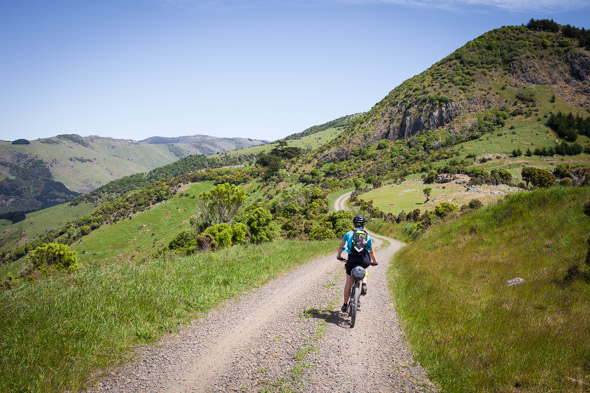 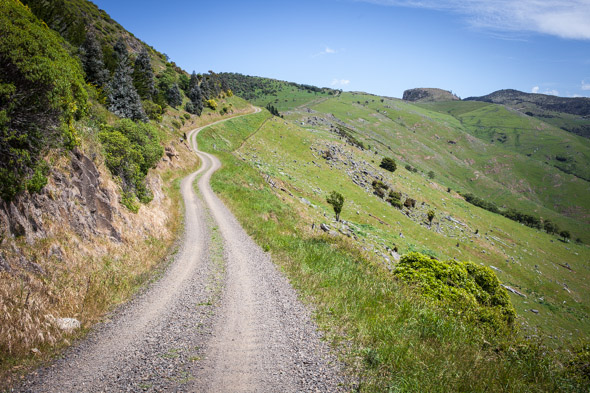 and more Lavericks. Definitely a fine bit of road for connoissuers of gravel. 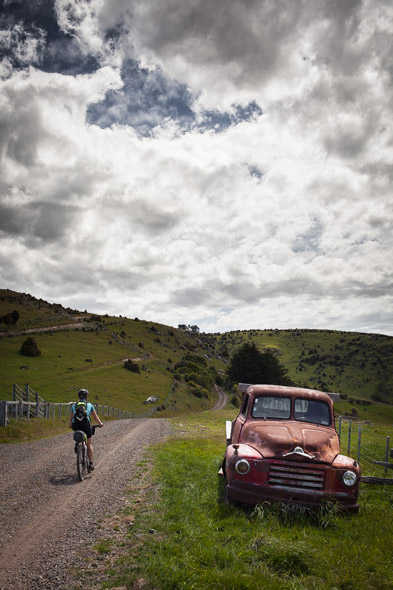 Heading along to the top of Camerons Track. 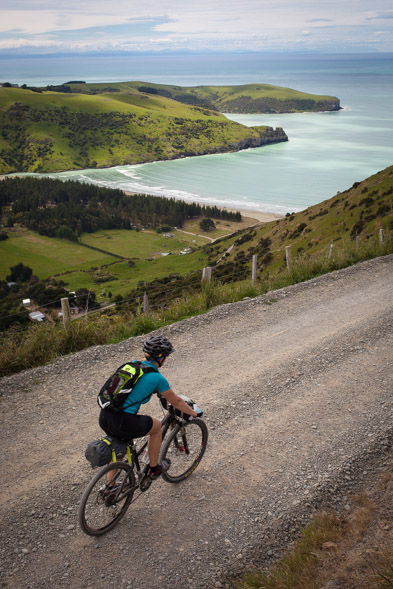 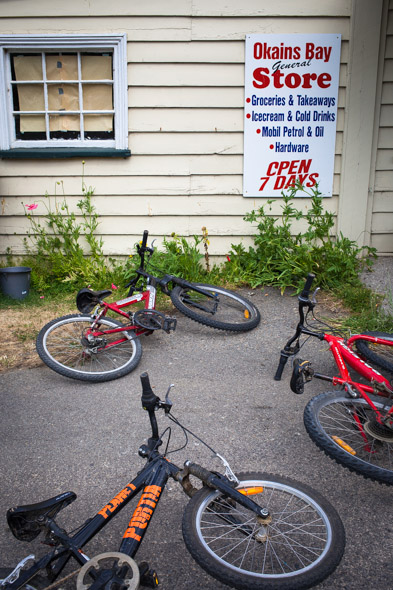 and its essential store… 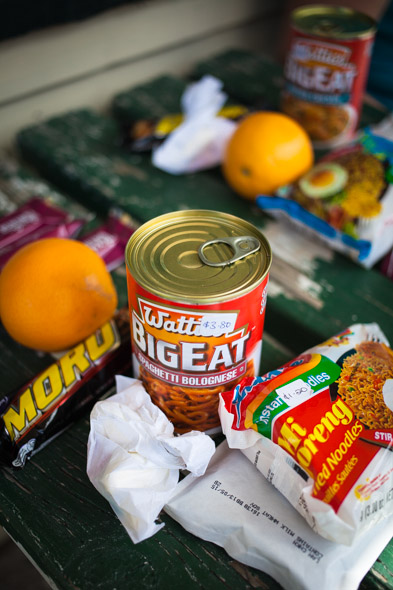 for some supplies to get us through the night and next day. 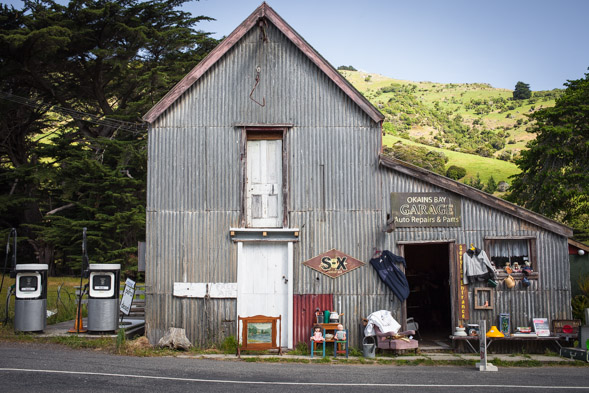 Okains, like other Peninsula villages, is full of character. 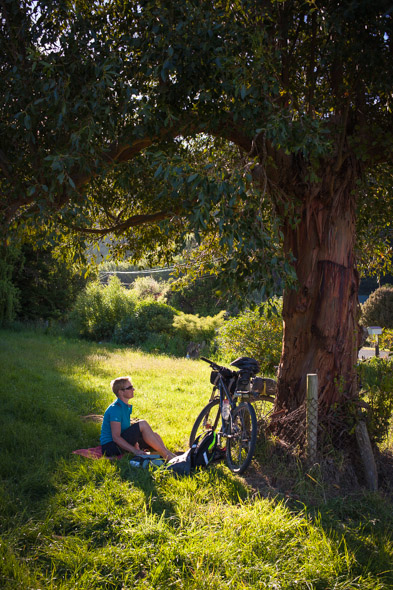 From Okains we took the rolling Chorlton Road over to the Little Akaloa campground for the night. $8 for a patch of grass, toilets, water and a tree to keep the dew off. 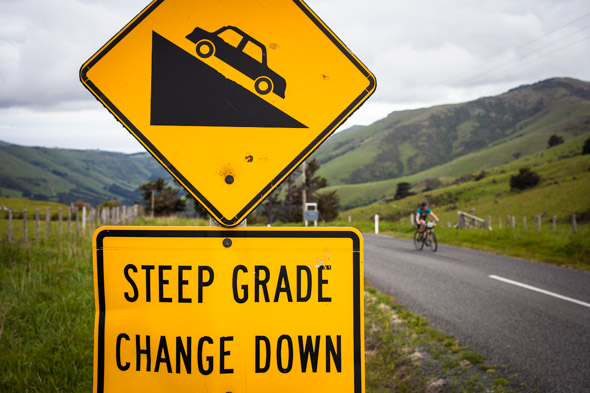 Morning of day three we were out of our bivvy bags early and got stuck into the long climb out of Little Akaloa to the summit road. The sign says it all… 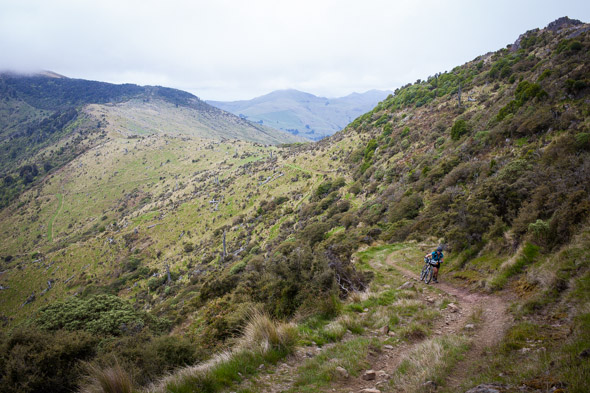 Next on the menu was the classic Double Fenceline mountain bike ride, in reverse (it’s usually started from the Mt Herbert end). A couple of bits were on the steep side for some thrashed legs though … 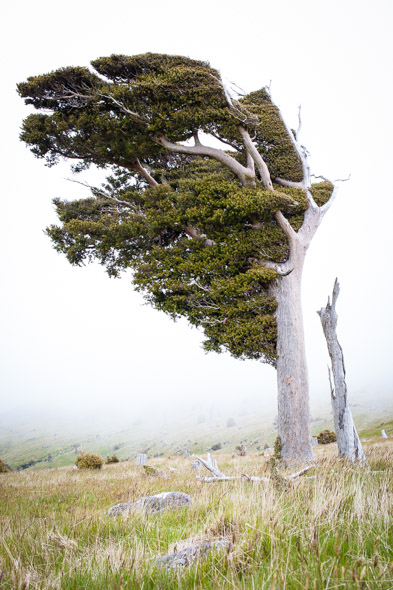 Wind sculpted totara trees and many ancient sunbleached trunks, are a feature of the Double Fenceline – reminders of the amazing forest that must have covered this region before European settlement. From the western end of the route we flew down Western Valley Road and back into Little River for a late lunch and a welcome coffee.